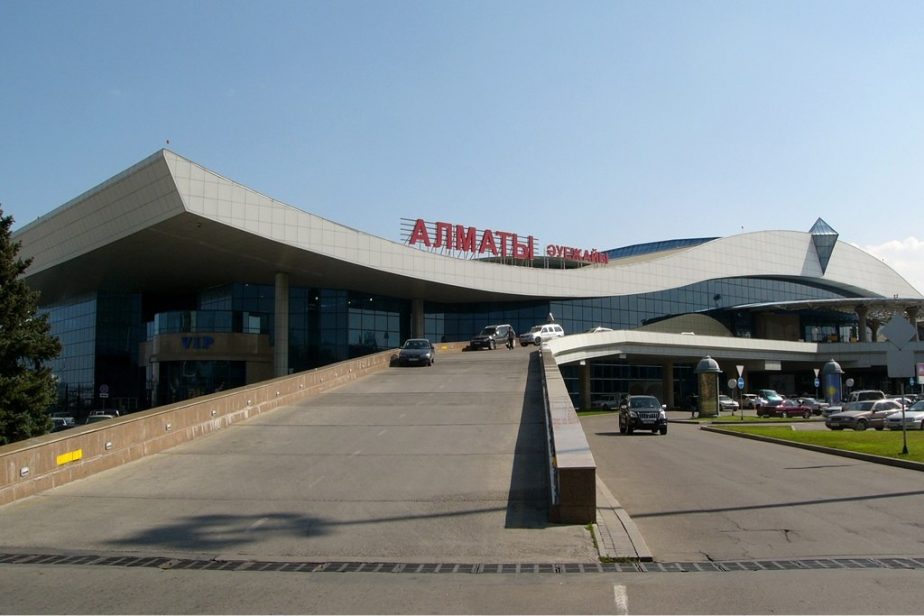 An offshore company linked to Kazakhstan’s elite sold its shares in Almaty International Airport on May 8 to TAV, a Turkish holding of the ADP Group, for $415 million in a groundbreaking deal for the region. The busiest airport in Central Asia is now among the 15 hubs that TAV manages globally.

In 2019, more than 6 million passengers used the Almaty International Airport, which serves the largest city in Kazakhstan. The relatively small hub has grown steadily in recent years and TAV considers it “strategically located on ‘the modern Silk Road,’ established from China to Europe and Africa.”

In November 2019, when the negotiations on the deal became public, TAV pledged to invest $140 million after the purchase to modernize the structure and build a new terminal. France’s ADP Group, which operates the airports in Paris, controls a 46 percent stake in TAV. VPE Capital, a Russian investment fund active in Kazakhstan at the Khorgos “dry port” at the border with China, will own an undisclosed minority share of the airport company, according to press reports.

The company that sold the airport, Netherlands-based Venus Airport Investments, is part of assets held by Timur Kulibayev through his Singapore holding Steppe Capital. Kulibayev is the son-in-law of Kazakhstan’s first president, Nursultan Nazarbayev. According to Forbes, Kulibayev and his wife had a combined net worth of $6.2 billion in 2019.

Venus bought the airport in April 2011 from Meridian Capital and Sat Infosystems for 12.6 billion tenge (about $87 million at the time). Bermuda-registered Meridian Capital emerged from the shadows in 2017, when the Paradise Papers investigation showed that it was co-owned by Sauat Mynbayev, former energy minister and current head of state-owned railway company Kazakhstan Temir Zholy. Sat Infosystems was a subsidiary of Sat Company, owned by Kenes Rakishev, son-in-law of Imangali Tasmagambetov, a loyal member of Nazarbayev’s inner circle. In 2011, Rakishev owned 50.4 percent while the Kulibayev family owned 8.33 percent of Sat.

It was the Kulibayev family, through their holding company ALMEX, that became a shareholder of the airport in mid-2005, just before selling its 50 percent stake to Rakishev’s Sat in August of the same year.

Going back through the business history of Kazakhstan, the fate of the Almaty airport seemed first linked to the Kazkommertsbank group of Nurzhan Subkhanberdin, the bank’s founder, and Mynbayev, and then progressively fell into the hands of the Kulibayev family. Thus headlines published in 2019 in local media claimed that “Kulibayev is selling the Almaty airport.”

The airport was a lucrative business in the 2010s, attracting the interest of various business groups. In 2012, Verny Capital, one of Kazakhstan’s largest investment companies, owned by billionaire Bulat Utemuratov, tried unsuccessfully to buy a stake. Since 2012, Almaty International Airport paid out around $65 million in dividends to its sole shareholder, Kulibayev’s Venus.

While welcomed as a sign of real foreign investment – as opposed to the circular transactions that local businessmen mask via offshore companies – the deal ended up favoring the richest family in Kazakhstan and did little to foster the privatization program that the government has hoped to kick-start for years. At the time of a global pandemic that has jeopardized international travel, the sale of the airport could also prevent a headache for Kulibayev, who could not have foreseen the business downturn of 2020 when he started negotiations with TAV last year.