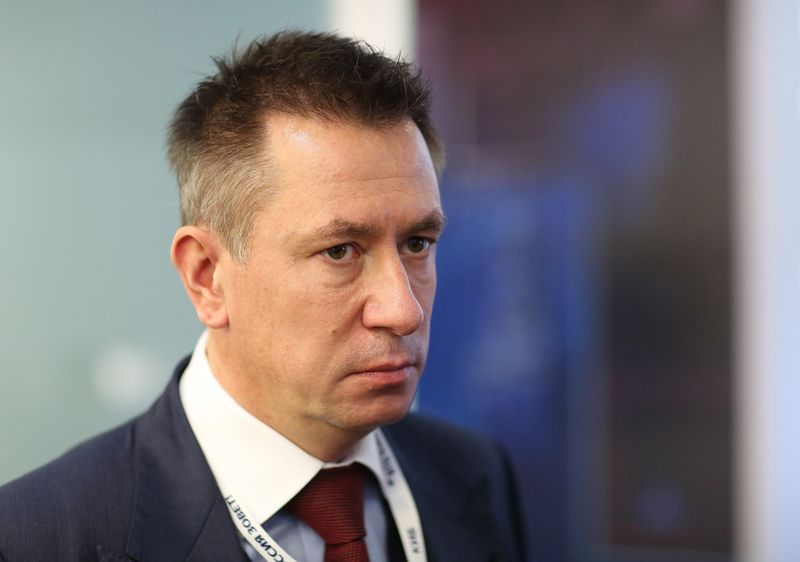 On the picture: Dmitry Konov filed his appeal at the EU General Court in Luxembourg on June 1.Source: Bloomberg

Russian billionaires hit by European Union sanctions over Vladimir Putin’s invasion of Ukraine are flocking to the bloc’s courts in an attempt to extricate themselves from the EU’s target list of rich individuals. History shows their chances of lasting success are slim.

About 20 appeals by some of Russia’s wealthiest tycoons or their family members have already been filed since the EU started imposing the retaliatory measures in February.

They include Dmitry Konov, former chief executive officer of Sibur Holding, who filed his appeal at the EU General Court in Luxembourg on June 1, adding to challenges by the likes of Roman Abramovich, Andrey Melnichenko and Mikhail Fridman. More appeals are coming in every week.

“The vast majority of cases will have very limited prospects of success,” said Carsten Zatschler, an Irish trial lawyer, or barrister, specializing in EU law. Even arguing that the EU cast its net too wide and ensnared opponents of the Putin regime would be difficult because “so much political judgement is involved in the underlying decisions,” he said.

The EU has sanctioned an unprecedented number of companies and individuals to hit Russia “where it hurts,” in the words of the European Commission. The EU last week adopted its sixth sanctions package, including a partial ban on Russian oil imports and a decision to cut off Russia’s biggest bank, Sberbank, from the international payments system SWIFT. More than 1,000 people are now on the EU sanctions list, including Putin and his foreign minister, and almost 100 firms.

Lawyers for Konov said in a statement they believe “there is no factual or legal basis” for the EU’s decision to sanction their client “and hope that it will be overruled by the court.” Spokespeople for Melnichenko and Abramovich didn’t immediately respond to requests for comment. Fridman declined to comment.

Anyone hit with an EU decision has a narrow window of just over two months to prepare an appeal. For most tycoons, it’s worth a try given the deep pockets they have for an expensive legal fight, even if the odds are against them. An initial defeat at the General Court can be appealed a last time at the EU’s Court of Justice, the bloc’s top tribunal.

Deciding to fight sanctions is one thing, finding legal representation is another, and it’s getting tougher as some of the biggest law firms decided to cut ties with Russia. Even for someone who’s mistakenly listed as sanctioned, it’s becoming difficult as “a lot of law firms are avoiding any case associated in any way with Russia since the invasion,” said Zatschler.

One avenue for Russians struggling to find help is the “cab-rank rule” by which barristers in Britain and Ireland are bound to accept instructions in any case in their area of legal expertise, regardless of who the client is.

While Brexit curtailed the rights of London-based barristers -- who historically have often represented Russian clients -- to plead in EU courts, many obtained Irish credentials to allow them to continue. That means they can’t pick and choose in the same way other legal professionals can, unless they have a valid conflict or too much other work.

There will be plenty of work for lawyers for years to come as more sanctions are likely to follow. A group of City of London firms that specialize in tracing assets has identified hundreds of senior Russians with assets abroad who could be added to international sanctions lists, in an effort to aid Ukraine’s fight against Putin’s regime.

But even for those with the cash and barrister to hand, they must be braced for a long fight. Political imperatives push the EU to act fast and quickly find justifications to add someone to the list. Though those arguments risk being picked apart in court, the EU can often re-designate a person by adding more or new justifications.

Viktor Yanukovych, a former president of Ukraine seen as sympathetic to Russia who now lives in exile there, knows how fleeting such a victory can be. He’s been fighting the EU ever since it first sanctioned him in 2014 for the alleged misappropriation of Ukrainian state funds, which he denies.

Yanukovych has filed at least 9 appeals at the EU court, one for every time the EU revised its sanctions list and decided to add him back. He’s won almost all of them, and yet, remains on the list that was readopted in March and is valid until next year. This time, however, the restrictive measures against Yanukovych are in force only until Sept. 6.

In rare cases, an appeal can lead to a suspension of an EU measure or, years down the line, open the possibility to suing for damages. Any new ruling can create a precedent which EU institutions will have to respect, and ensure any new listings are justified.

For now though, as the EU continues to look for ways to punish Putin’s Russia and those close to it, sanctions look like they’ll continue for some time. And that means a growing number of appeals will be filed at the EU courts.

— With assistance by Alexander Sazonov, and Stephanie Baker