How Kazakhstan society is divided over the Russia-Ukraine war 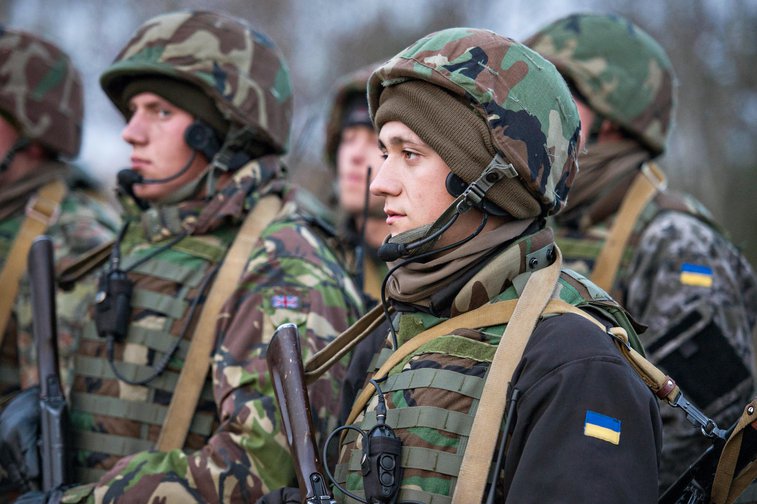 In Kazakhstan, where a Soviet past still lingers, there are clear generational divides in opinion towards Putin’s invasion

As Russia’s catastrophic war against Ukraine wages for a fourth week, Kazakhstan’s government has taken an official stance of neutrality – yet its people are divided.

This is perhaps unsurprising. The country’s Soviet past still lingers; it is not uncommon to meet Kazakhstanis whose roots include Kazakh, Ukrainian, Russian, Korean and other heritages.

While most Kazakhstanis support peace in Ukraine – as was seen on 6 March, when more than 1,500 people gathered in Almaty, the country’s largest city, to protest the war – openDemocracy has found a pro-Russian stance among the older generations.

For the demonstrators of 6 March, who are mostly urban and under 40, the war is one of aggression. Uncertainty and violence is something many are familiar with: in January, urban clashes left around 230 people dead in Almaty and other cities across the country.

Then, Russia deployed troops to Kazakhstan to help protect strategic assets. Analysts feared that now, Vladimir Putin would expect his support to be returned. Yet on 1 March, Kazakhstan’s president, Kassym-Jomart Tokayev, said his country would be on the side of peace, holding official phone calls with both Putin and Ukraine’s president, Volodymyr Zelenskyi.

But what do Kazakhstan’s citizens think? To find out, openDemocracy spoke to people from all walks of life, of all genders and ages, from across Kazakhstan.

In support of Russia

The Kazakhstani government’s neutrality can be read as a silent condemnation of the war, an event that has destabilised the local economy, which is tied to Russia’s.

Kazakhstan’s media environment is also still very much linked to the Russian state propaganda machine and other Russian TV channels and social media are also quite popular in Kazakhstan, where ethnic Russians make up 20% of the total population, compared to 1% ethnic Ukrainians.

Like many living across the former Soviet Union, the family of Andrei, a resident of the Kazakhstani city of Aktau on the Caspian Sea shore, is being affected by the war.

“[By ethnicity] I’m half Ukrainian, half Belarusian,” he explained. “My brother lives in [the Ukrainian city of] Kharkiv. We were very surprised that there is still an internet connection there. It was hard for us to read his words as he hid in a bomb shelter. Our mother lives here in Aktau. She is very worried and does not know how to help.”

Kazakhstan has strong economic ties with Russia, so speaking out against Russia could go against our country’s interest

Some residents, especially those with a large exposure to Russian state media, support Putin’s aggression, which they see as a just reaction to the provocations from the Ukrainian side.

Gulmira, a 48-year-old entrepreneur from Karaganda, for example, said Russia “did the right thing” because “their security was under threat”. Plant worker Tatyana from Pavlodar, also 48, agreed, echoing the Russian government’s rationale for the war: that the country is “liberating” the so-called ‘People’s Republics’ of Donetsk and Luhansk.

Protesting against the war

While the Kazakhstani government was silent for days after the start of Russia’s invasion, triggering fears of a political impasse, the protest sentiment in Kazakhstan has been visible from the offset.

Ukrainian flags, along with posters reading ‘peace’, were prominent at two other unrelated rallies – one against air pollution in Almaty on 26 February, two days after the invasion began, and again at the feminist march on International Women’s Day.

At the 6 March anti-war demonstration, protesters chanted slogans including ‘Long Live Ukraine!’ in Russian and Kazakh, and called for Russian president Vladimir Putin to be put on trial for crimes against humanity.

But despite this visible outpouring of anger, many Kazakhstanis support their government’s stance of neutrality.

Lyazzat, a 58-year-old entrepreneur from Shymkent, said Tokayev’s decision was “correct”, while 30-year-old consultant Aizada, from the capital, Nur-Sultan, called it “prudent”. Journalist Olga, 32, from Kostanai, agreed: “Kazakhstan has strong economic ties with Russia, so speaking out against Russia could go against our country’s interest.”

We are very worried about our brothers in Ukraine. It’s quite difficult to understand Russia’s position

Karlygash, a 42-year-old schoolteacher from Karaganda, said she supports neutrality for fear of Kazakhstan being involved in the conflict.

“I don’t want our young soldiers to go and die while we are not at war,” she said. But she added: “We should be on the side of the people of Ukraine.”

The human suffering of the conflict unites most Kazakhstanis. At the 26 February air pollution rally in Almaty, Irina saw a few Ukrainian flags as she arrived at the square. As she said hello to the friend she was meeting, she could not hold back her tears. She apologised, saying: “I can’t stay calm in the face of this tragedy.”

Almakhan, a 53-year-old resident of Zhanaozen, feels the same, telling openDemocracy that she cries whenever she watches the news.

Fifty-year-old doctor Zarina, from Karaganda, highlighted the difficult position of those who lived through Soviet times and now see two ex-Soviet republics at war.

“We are very worried about our brothers in Ukraine,” she said. “It’s quite difficult to understand Russia’s position, but we are not indifferent, because what happens in Ukraine hurts as if it were happening to us.”

Among the Kazakhstanis openDemocracy spoke with, the staunch defenders of Russia’s military attack had one thing in common: their main source of information was Russian state TV, which is widely available in Kazakhstan.

This finding was echoed by Aleksandra, a blogger from Ust-Kamenogorsk, a city in north-eastern Kazakhstan, who felt the influence of Russia’s state media on the opinions of people in Kazakhstan was clear.

“​​I have relatives in Ukraine, Belarus and Russia,” she explained. “Of course, some of them are exposed to Russian propaganda. At this time, I try to minimise contact with them. I don’t want a war in the family too. They watch Russian propaganda, so it’s understandable that they support the actions of Russia.”.

Many of those we spoke to felt that there is an information war from both sides and that it is important to read verified news. However, media literacy varies across generations and socio-economic backgrounds, with many struggling to filter out propaganda and unverified rumours on social media or to find independent and fact-checked information.

Yurii, an economist from Nur-Sultan, said misinformation is as damaging as the war itself.

“Fake news spreads from both sides. I see that this is not only a war of weapons, but an information war in itself,” Yurii said.

In his speeches, Kazakhstan president Tokayev promised to help the people of Ukraine. On 14 March, his government sent a cargo plane of humanitarian aid to Ukraine, a move that was well-received among the population.

Some in Kazakhstan, including Aleksandra, the blogger from Ust-Kamenogorsk, believe the government has shown signs it is quietly supporting Ukraine, including by allowing the anti-war rally to go ahead.

Stringent laws on public assembly make the organisation of demonstrations and rallies difficult in Kazakhstan. In recent years, hundreds have been arrested for speaking out against the government – with the 6 March rally, the government showed an unprecedented inclination to let its people voice their discontent towards Russia.

“I was at the rally in Almaty. Our authorities allowed us citizens to express our opinions this time. It doesn’t happen often. Although it was a very emotional rally, there were no arrests,” Aleksandra said.

But whether the anti-war sentiment remains the prerogative of the urban youth or spreads to the staunch, Kremlin propaganda-fueled defenders of Russia remains to be seen.