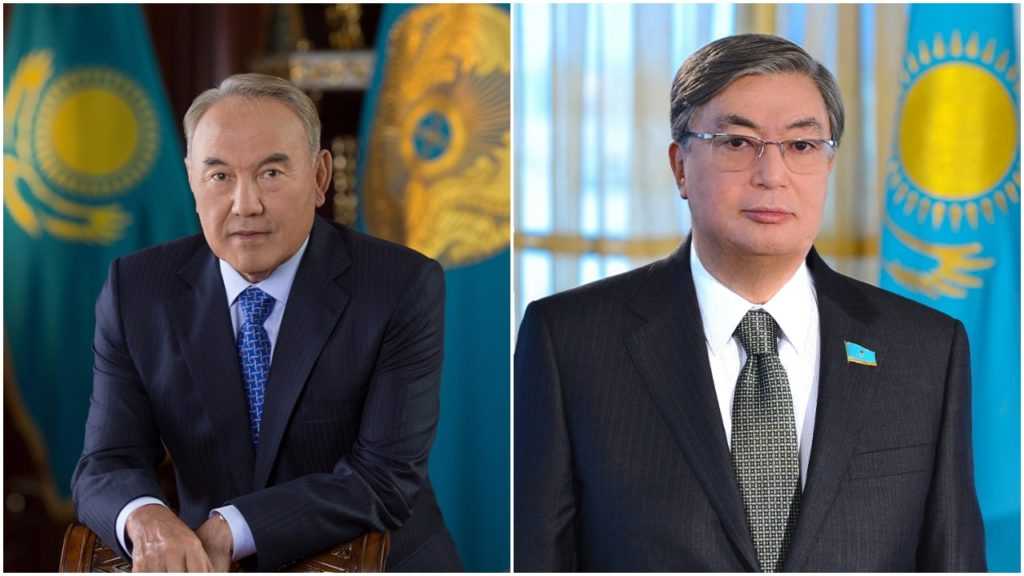 On October 8, Kazakh President Kassym-Jomart Tokayev criticized the development and design of Nur-Sultan. The next day, Tokayev approved changes to the country’s high-level personnel policies, which open the door for Nursultan Nazrabayev — officially still “First President,” Elbasy (Leader of the Nation), and lifetime chairman of the National Security Council — to exert influence over key government appointments.

While the decree was signed on October 9, it was made public on October 21. In essence, the amendments insert Nazarbayev — in his permanent role as head of the Security Council — into a consultative position on key government appointments. Most cabinet ministers, with the exception of foreign affairs, defense, and internal affairs, now must be appointed by the president in agreement with Nazarbayev. Nazarbayev’s approval is also needed for bodies under the presidential administration (as well as Tokayev’s security detail), regional governors, the KNB, the Prosecutor-General’s Office, and others.

Joanna Lillis took the pulse of Kazakhstan watchers following the news for Eurasianet, highlighting the overarching sentiment that Nazarbayev isn’t finished tugging on the reins of power in Kazakhstan. Lillis noted that technically (and theoretically), under the changes Tokayev can avoid the consultation process, but it seems unlikely that he would.

Nazarbayev retained significant levers on power after formally resigning in a surprise announcement in March. Since then, although he described a leisurely life of reading and painting in an October 11 interview, Nazarbayev continues to travel widely representing Kazakhstan.

For example, on October 22 Nazarbayev attended the enthronement of Japan’s new emperor. While in Tokyo, he held a bilateral meeting with Volodymyr Zelensky, the president of Ukraine. The previous week, Nazarbayev attended the seventh summit of the Cooperation Council of Turkic-Speaking Countries — known as the Turkic Council — in Baku, Azerbaijan. The summit was attended by the presidents of the core members: Azerbaijani President Ilham Aliyev; Kyrgyz President Sooronbay Jeenbekov; Turkish President Recep Tayyip Erdoğan; Uzbek President Shavkat Mirziyoyev, marking Uzbekistan’s formal entry into the organization; and Nazarbayev, who was lauded by the organization and granted a lifetime chairmanship.

On one hand, attending an imperial enthronement and the Turkic Council summit are not exactly substantive outings. On the other hand, Nazarbayev continues to represent Kazakhstan abroad in a significant fashion. One could be forgiven for thinking the country has two presidents, because in a sense it does. The new amendments to Kazakhstan’s personnel appointment policies solidify an existing understanding that Tokayev’s tenure in office ought not diverge from Nazarbayev’s vision.

In her Eurasianet article, Lillis pointed to a comment reportedly made by Kazakh Justice Minister Marat Beketayev: “In constitutional monarchies, the practice is such that coordinated agreement is a formality.”

Formality or not, few took Tokayev’s independence as a leader seriously before the new amendments. With continuity his core election promise, Tokayev’s comments abroad — like at the UN last month — heralding “profound political transformation” in Kazakhstan appear even weaker now. As highlighted by his critique of Nur-Sultan, Nazarbayev’s city, Tokayev may have some worthy instincts when it comes to issues that matter to people in Kazakhstan. In his first state-of-the-nation address in early September, Tokayev referred to his state as a “listening state” and said it was important to “make concessions and give permission to hold demonstrations according to the law.” He’s also criticized the failed light rail project in Nur-Sultan.

But nearly three months later, Kazakh authorities continue to round up protesters, particularly those believed to be linked to Mukhtar Ablyazov’s Democratic Choice of Kazakhstan (DCK), a political movement banned by the state as an “extremist” group.

Kazakhstan remains solidly Nazarbayev’s state. He may have resigned, but he retains exceptional powers for a retired leader; his successor, Tokayev, is broadly expected to follow the beat of Nazarbayev’s drum. If Tokayev’s “listening state” hears anyone, it’s Nazarbayev’s voice.

AUTHOR
Catherine Putz is managing editor of The Diplomat. She tweets @LadyPutz.