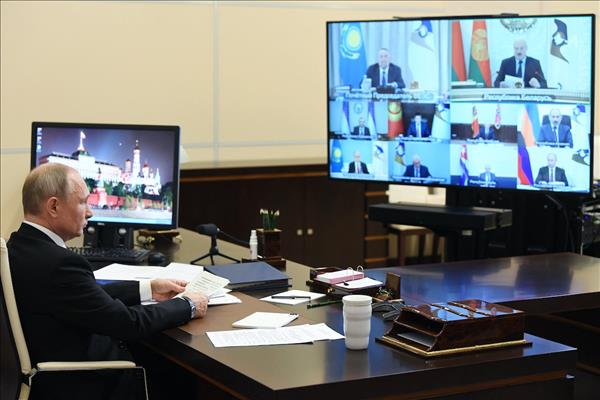 Moscow is moving to transform the Eurasian Economic Union (EAEU) into a more unified political and economic bloc, an apparent response to perceived Western pressure against the grouping.

The Kremlin and its allies are now seeking to accelerate EAEU integration by reducing non-tariff barriers and coordinating policies to consolidate the five-member bloc's core ahead of possible enlargement.

The EAEU now consists of Russia, Armenia, Belarus, Kazakhstan and Kyrgyzstan and operates through supranational and intergovernmental institutions to promote free trade and the movement of goods and labor.

On July 1, Russian President Vladimir Putin signed a law to establish a common EAEU electricity market, which will allow businesses in Russia, Kazakhstan, Kyrgyzstan, Belarus and Armenia to freely choose their energy suppliers.

On July 1, a unified search system known as Work without Borders was put into commercial operation in all EAEU countries, marking the grouping's first joint digital project to promote the intra-bloc flow of labor.

Also starting on July 1, all new drugs in the EAEU will be registered according to common rules.

Like the European Union, EAEU members are gradually yielding parts of their sovereignty to the grouping, although it will take some time before they reach the EU's level of integration.

The moves to consolidate the EAEU's core five are happening with an eye on expansion. Latest reports indicate the EAEU and Southeast Asian nation Indonesia plan to complete a joint feasibility study on a potential free trade agreement by September.

Strong economic actor?
That does not mean that an agreement will be signed any time soon, as it will take time to study the current state of EAEU-Indonesia trade and economic relations and project the benefits and risks of a possible expansion of ties.

In 2020 , the volume of trade between Indonesia and the EAEU countries reached US$2.25 billion. Indonesia's exports to the region reached $1 billion, while Jakarta imported goods worth $1.28 billion from EAEU nations.

“With the potential of a young population, Indonesia needs strong economic actors to become a developed country in 2045,” said Indonesian Minister of Trade Muhammad Lofti , noting his country's intent on expanding ties with the EAEU.

It is debatable, though, if the EAEU has developed yet into a“strong economic actor.” Its richest members – Russia and Kazakhstan – are still oil and gas-dependent economies, while Belarus depends heavily on its energy imports to fuel its economy.

The EAEU is looking beyond its borders for an economic boost. It is now seeking observer status at the Asia-Pacific Economic Cooperation (APEC), a free trade group encompassing 21 countries.

APEC accounts for about 60% of the world's gross domestic product (GDP) and 48% of international trade turnover. Russia joined APEC in 1998 and now reportedly aims to develop closer EAEU-APEC ties.

Closer to home, the Kremlin is trying to lure comparatively prosperous Uzbekistan into the EAEU.

“Uzbekistan's full-fledged participation in the EAEU will provide additional opportunities for the growth of the Uzbek economy and tangible advantages for its citizens,” Russian Prime Minister Mikhail Mishustin recently said . 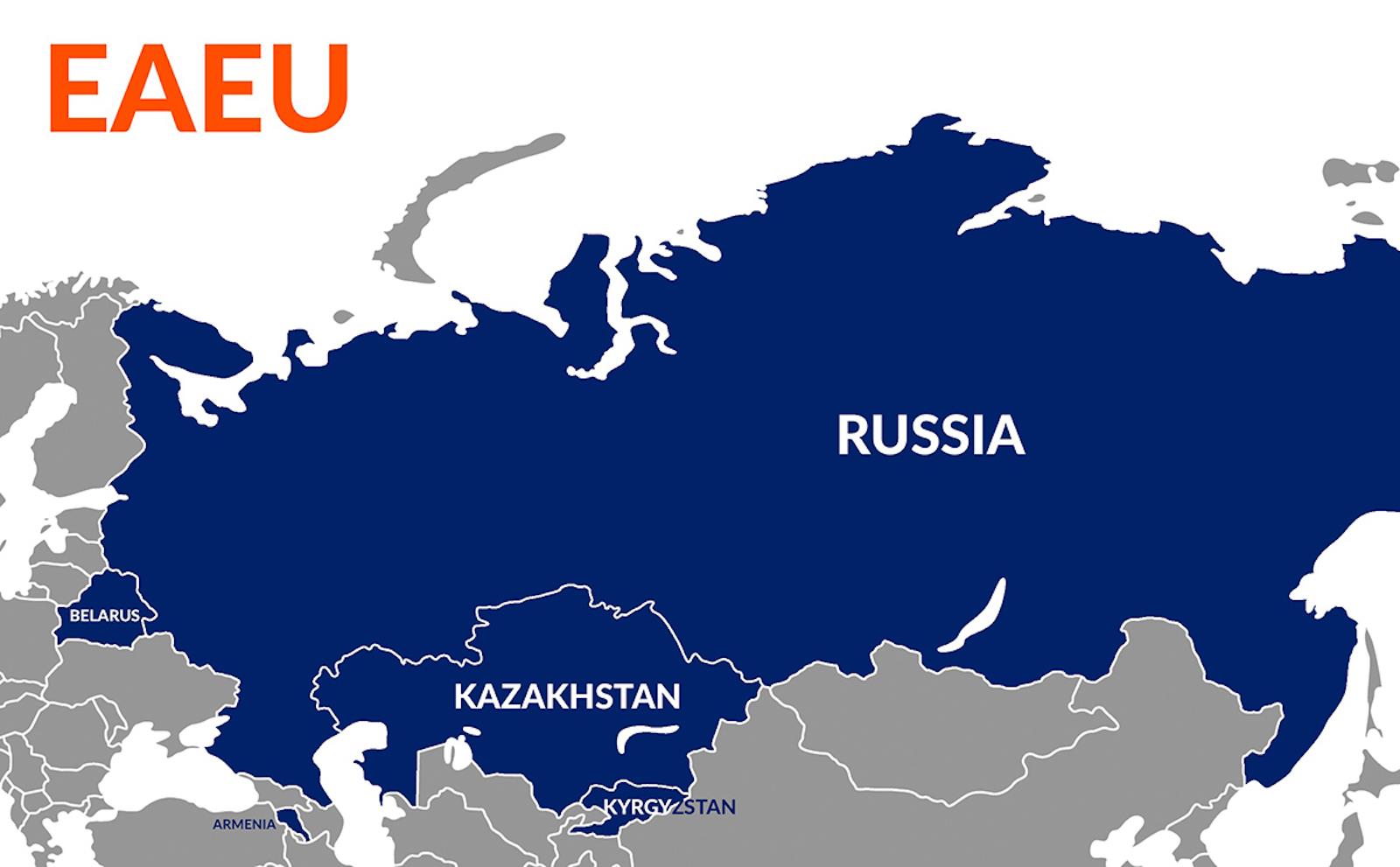 The Central Asian country of 34.6 million people has a relatively large economy by regional standards, with a GDP of $57.7 billion and average economic growth of 6.6% between 2011 and 2019, a higher rate than all EAEU countries over the period.

“Without the participation of Uzbekistan as a large and strategically located player in Central Asia, it is very difficult to resolve regional development issues, primarily in the field of transport, water and energy supplies,” said Evgeny Vinokurov , chief economist of the Eurasian Stabilization and Development Fund and the Eurasian Development Bank.

On December 11, 2020, Uzbekistan was granted observer status in the EAEU. At the time, EAEU leaders granted the same status to Cuba – even though the Caribbean country and long-time Russian ally is located neither in Europe nor in Asia.

Besides Uzbekistan and Cuba, Moldova is another EAEU observer.

All EAEU members are part of the Commonwealth of Independent States formed after the dissolution of the Soviet Union in 1991. The EAEU is widely seen as a Moscow project to reintegrate ex-Soviet countries through trade and commerce.

It's not altogether clear how that project is perceived in Western capitals as the EU continues its eastward reach. The EU's free trade agreement with Serbia will come into force on July 10.

The Balkan nation reportedly has no plans at present to join the EAEU, though geographically and historically it would seem a logical candidate for expansion. 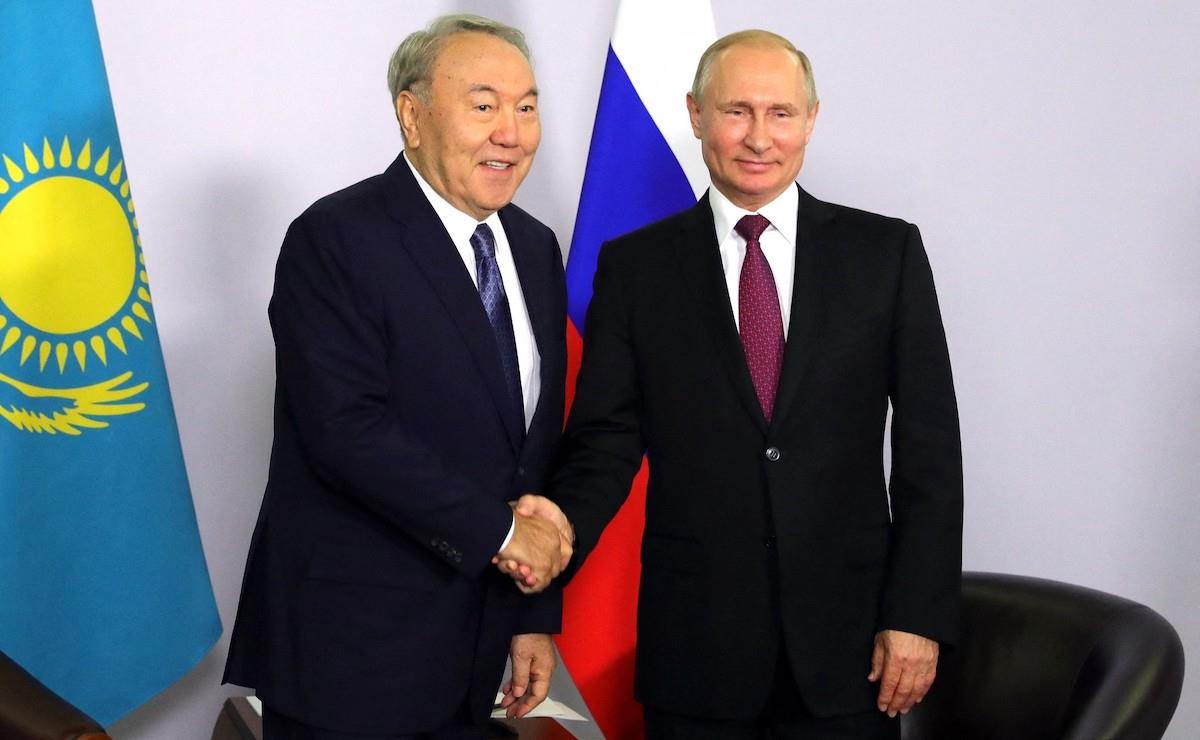 Moscow, for its part, says it advocates equal and mutually beneficial cooperation among ex-Soviet states.

“The West does not like our desire to unite the Central Asian republics,” said former Kazakhstan president Nursultan Nazarbayev , who was given the title of Honorary Chairman of the Supreme Eurasian Economic Council in 2019.

“They want to separate us all from Russia and China. They are actively working on it,” claimed Nazarbayev, who recently met with Russian President Vladimir Putin.

Even though he stepped down in 2019, the 80-year-old politician is still seen as a highly influential figure, not only in his Central Asian nation but in the EAEU as well.

But Moscow has arguably created certain roadblocks to smooth EAEU integration. That was seen during a May 2020 videoconference of EAEU leaders at which Russia said it had no plans for a uniform unit gas price for all member states.