Copper and the Making of Kazakhstan's New Metal Moguls 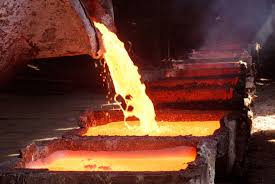 Commodity prices have found a “new normal” but copper is doing much better.

What seemed to be a widespread disease impacting commodity prices turned out to be a selective virus, against which some commodities proved immune, at least in the long run. The performance of copper prices over the last few months has contributed to the changing landscape of Kazakhstan’s richest people. Together with the recent reorganization of the banking sector, commodities have played a major role in swaying the fortunes of the Central Asian country’s elite.

After hovering around $2/lb for most of 2016, copper prices jumped 25 percent in November 2016 and have remained around or above this level for the past eight months. On June 30, Bloomberg quoted the precious metal at $2.7/lb. In the same period, despite a roller coaster ride peaking above $55/barrel, Brent oil prices have returned to the same level of November 2016, at $46/barrel. Copper clearly outperformed other major commodities and this had a decisive effect in reshuffling Kazakhstan’s richest people.

KAZ Minerals, a copper producer listed in London, has improved its position over the past months. In its annual report for 2016, the company reported a 43 percent growth in revenues, up to $969 million, compared to the previous year, after it started operations at its new sites in Bozshakol and Aktogay. In late April 2017, the company also announced that its copper production had significantly grown in the first quarter, compared to the same period last year. Taking November 2016 as a benchmark, KAZ Minerals’ share price almost doubled in the past eight months to £5.41 ($6.97), reaching a peak at £5.92 in February. Before the surge in recent months, KAZ Minerals’ shares had traded below £4 for about three and a half years.

Thanks to the company’s financial gains, Vladimir Kim, KAZ Minerals’ largest shareholder, regained first place in Forbes’ ranking of the richest people in Kazakhstan after three years, surpassing banking and media magnate Bulat Utemuratov. Kim had lost his leadership in Forbes magazine’s ranking in 2014, after buying aging portions of KAZ Minerals business through his holding Cuprum in an effort to prop up the copper producer, which had recently changed its name from Kazakhmys. In 2017, Kim also became the largest shareholder of medium-sized Bank RBK.

In its latest report, Central Asia Metals, another major Kazakhstani copper producer, said it increased production by 2 percent in the first half of 2017 compared to the same period last year. Together with KAZ Minerals, Central Asia Metals can boast lower-than-average operational costs, both because of mining operations and the depreciation of the local currency, the tenge, which fell against the U.S. dollar by around 45 percent over the past two years.

Listed and based in London, Central Asia Metals features the seventh richest man in Kazakhstan as one of its major shareholders. Kenes Rakishev, who recently appeared in press reports on the takeover and sale of Kazakhstan’s second-largest bank, holds 19 percent of Central Asia Metals’ ordinary shares. Rakishev also continued to restructure the assets he owns, namely closing a U.K. subsidiary of the industrial holding SAT&Co., in which he owns a 75 percent stake.

Financial analysts in Kazakhstan have their eyes on copper, as demand for the precious metal is unlikely to falter.

“The situation on the copper market has improved significantly in 2016. The positive effect of Chinese demand increase, the potential reduction of the tax burden in the U.S., and an increase of investments in infrastructure projects, by the forecasts, will additionally support the current prices of industrial metals, including copper,” Dias Kabyltayev, analyst at Halyk Finance, wrote in March.

Despite the fact that the commodity prices slump remains the biggest headache for Kazakhstan’s government, the depreciation of the tenge, which badly hit ordinary consumers and savers, combined with the positive performance of copper prices has helped some of the country’s high-flying business people at the expense of others.