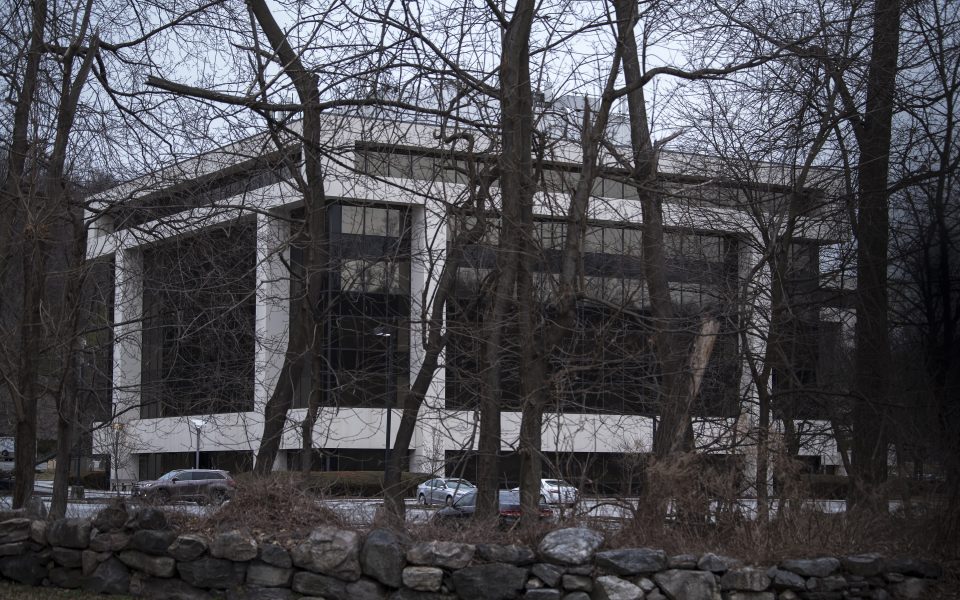 Behind a set of imposing metal doors in an easy-to-miss office building in a New York City suburb, a small team manages billions of dollars for a Russian oligarch.

For years, a group of wealthy Russians have used Concord Management LLC, a financial advisory company in Tarrytown, New York, to secretly invest money in large US hedge funds and private equity firms, according to people familiar with the matter.

A web of offshore shell companies makes it hard to know for sure whose money Concord manages. But several of the people said the bulk of the funds belong to Roman Abramovich, a close ally of President Vladimir Putin of Russia.

Concord is part of a constellation of American and European advisers – including some of the world’s largest law firms – that have long helped Russian oligarchs navigate the Western financial, legal, political and media landscapes.

Now, with US and European sanctions targeting those close to Putin, firms are wrestling with what to do with these lucrative but controversial clients.

Many are ditching them. Some appear to be sticking with them. Others will not say what they are doing.

In the meantime, lawyers and investment advisers are coming under intense scrutiny for work that weeks earlier was occurring almost entirely below the public radar.

Concord, whose representatives declined to comment, has attracted the attention of congressional investigators. On Wednesday, a lawmaker wrote to the Biden administration requesting a freeze on Abramovich’s funds at Concord.

In Britain, which has a thriving industry of attorneys who specialize in hiding assets, lawmakers have taken to the floor of Parliament to denounce lawyers and law firms that are continuing to work with oligarchs.

Legally speaking, at least, there is nothing wrong with working for sanctioned companies, individuals or governments, so long as certain rules are followed.

As a result of the bureaucratic hurdles and reputational risks, the going rate for law and lobbying firms representing sanctioned oligarchs has soared into the millions of dollars, according to people familiar with the industry.

For many firms, the paydays are not enough to make up for the potential reputational damage of working for Kremlin-linked oligarchs. A flurry of Western lobbying, law and public relations firms recently dropped their Russian clients or operations.

A spokesperson for the law firm Skadden Arps said it is “in the process of ending our representations of Alfa Bank,” a sanctioned, oligarch-controlled company. (Skadden has also represented Abramovich, the billionaire owner of England’s Chelsea Football Club, but she would not say whether that work continues.)

International law firms Linklaters and Norton Rose Fulbright both said they were leaving Russia. A spokesperson for another large firm, Debevoise & Plimpton, said it is terminating several client relationships and will not take any new clients in Moscow. Ashurst, a large London-based law firm, said it would not “act for any new or existing Russian clients, whether or not they are subject to sanctions.”

Accounting giants PWC, KPMG, Deloitte and EY – which have provided extensive services to oligarchs and their networks of offshore shell companies – also said they were leaving Russia or severing ties with their local affiliates.

Some firms parted ways with Russian clients whose praises they had been singing in the days leading up to the invasion.

Sovcombank had agreed to pay the lobbyist’s firm, Mercury Public Affairs, $90,000 a month for its work.

The Biden administration recently sanctioned Sovcombank. Within hours of the announcement, Mercury filed paperwork with the Justice Department indicating that it was terminating its contract with Sovcombank.

Two weeks later, the European Union and the US Treasury sanctioned Usmanov. Nigel Higgins, a spokesperson for Schillings, said the firm is “not acting for any sanctioned individuals or entities.”

Another lawyer, Thomas Clare, has written threatening letters to news organizations on behalf of clients, including Russian oligarch Oleg Deripaska. In 2019, for example, he warned that he might try to hold The New York Times “liable for the catastrophic economic damages” facing Deripaska, who at the time was under sanctions.

Clare said this week that his firm, Clare Locke LLP, has not worked for Deripaska since September, “and we do not foresee doing so again in the future.”

Russian companies like Rosneft, VTB, Alfa Bank, Gazprom and Sberbank, which are now under sanctions, have been represented by leading US law firms including White & Case, DLA Piper, Dechert, Latham & Watkins and Baker Botts.

None of those firms would say whether they are still working with the Russian companies.

Baker McKenzie, one of the world’s largest law firms, continues to say on its website that it represents “some of Russia’s largest companies,” including Gazprom and VTB. The firm said it is “reviewing and adjusting our Russia-related operations and client work” to comply with sanctions.

In Washington, Erich Ferrari, a leading sanctions lawyer, is suing the US Treasury on behalf of Deripaska, who is seeking to overturn sanctions imposed on him in 2018 that he claims have cost him billions of dollars and made him “radioactive” in international business circles.

And lobbyist Robert Stryk said he has recently had conversations about representing several sanctioned Russian oligarchs and companies. He has previously represented clients targeted by sanctions, including the administrations of President Nicolás Maduro of Venezuela and former president Joseph Kabila of the Congo.

Stryk said he would consider taking the work if the Treasury Department provided him with the necessary licenses and if the prospective clients opposed Russia’s aggression in Ukraine.

Concord Management, whose representatives declined to comment, appears to be devoted almost entirely to managing the money of a small handful of ultrawealthy Russians.

The unregistered investment firm has been operating since 1999 with a staff of about two dozen. It specializes in investing in hedge funds and real estate funds run by private equity firms, according to online profiles of current and former Concord employees.

Wall Street bankers and hedge fund managers who have interacted with Concord and its founder, Michael Matlin, said it oversees between $4 billion and $8 billion.

It is not clear how much of that belongs to Abramovich, whose fortune is estimated at $13 billion.

Abramovich has not been sanctioned. His spokesperson, Rola Brentlin, declined to comment on Concord.

Over the years, Concord has steered its clients’ money into marquee financial institutions: global money manager BlackRock, private equity firm Carlyle Group and a fund run by John Paulson, who famously anticipated the collapse of the US housing market. Concord also invested with Bernard Madoff, who died in prison after being convicted of a vast Ponzi scheme.

Another recipient of Concord money was Brevan Howard, a multibillion-dollar European hedge fund company. A person familiar with the matter said Brevan Howard is preparing to return the funds to Concord, which will no longer be a client.

In a letter sent Wednesday to Attorney General Merrick Garland, Rep. Steve Cohen, D-Tenn., wrote that he had “recently received information from credible sources in the financial industry” that Concord oversees billions of dollars for Abramovich.

Cohen, co-chair of a panel focused on European security, requested that the US government impose sanctions on Abramovich and seize the assets at Concord, “as this blood money presents a flight risk.”

The work performed by law, lobbying and public relations firms often plays out in public or is disclosed in legal or foreign agent filings, but that is rarely the case in the financial arena.

While Russian oligarchs make tabloid headlines for shelling out for extravagant superyachts and palatial homes, their bigger investments often occur out of public view, thanks to a largely invisible network of financial advisory firms like Concord.

Hedge fund managers and their advisers said they are starting to examine their investor lists to see if any clients are under sanctions. If so, their money needs to be segregated and disclosed to the Treasury Department.

Some hedge funds also are considering returning money to oligarchs who have not been sanctioned, fearful that Russians might soon be targeted by US and European authorities.

“The implication of sanctions being imposed on Russia and its oligarchs is just rippling through the private fund community,” said Ron Geffner, a lawyer who advises hedge funds.

While firms prefer to keep their work for unsavory clients under wraps, a leak in 2017 provided a glimpse into how Western firms helped Russian oligarchs hide assets – and what happened when those clients were targeted by sanctions.

The leak, part of the Paradise Papers project, involved the files of the Appleby law firm in Bermuda. At least four clients owned private jets through shell companies managed by Appleby.

When companies and individuals linked to Putin were sanctioned in 2014, Appleby jettisoned clients it believed were affected.

The Russians found other Western firms, including Credit Suisse, to help fill the void.

Ben Freeman, who tracks foreign influence for the Quincy Institute for Responsible Statecraft, said Russians will likely to find new firms this time, too.

“There is that initial backlash, where these clients are too toxic,” Freeman said. “But when these lucrative contracts are out there, it gets to be too much for some people, and they can turn a blind eye to any atrocity.”

This article originally appeared in The New York Times.