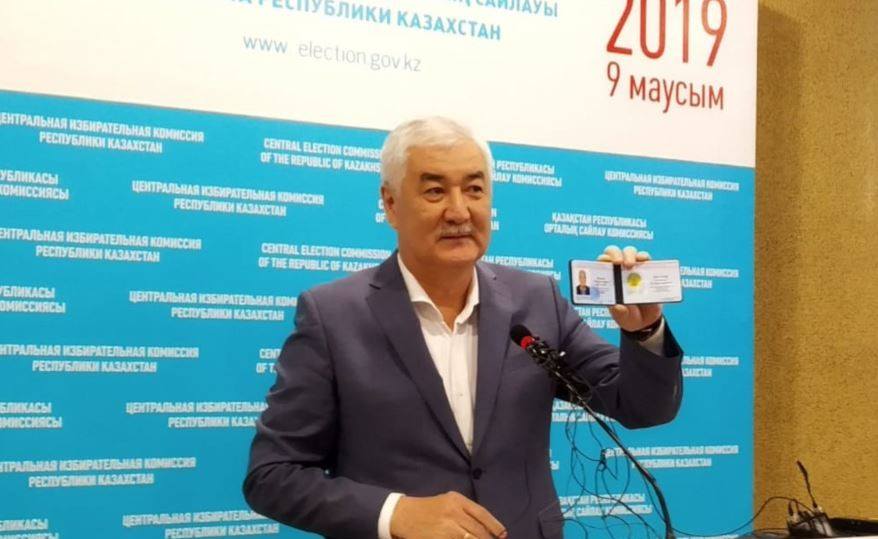 The people judge authorities on how much the price of products rises. We have a market economy, but there is also monopoly and oligarchy,” he said during the forum broadcast on Jabar television.

“There are no loans. Taxes are the principal obstacle. Besides, there is corruption,” the candidate of the Destiny of the Nation party said.

Kosanov outlined four steps to eliminate corruption: “a multiparty parliament; just courts; a decentralization of power with equality of powers (at all levels of government) and free communication media.”

He also argued that the Kazakh state had sufficient resources to provide assistance to large families, who say their needs are not being met under current policies.

President Kassym-Jomart Tokayev declined to attend Wednesday’s event, the only broadcast debate scheduled ahead of an election he is heavily favored to win.

“Tokayev refrains from participating in massive activities, although he commissioned his team to take part in the debates,” the president’s press officer, Berik Kurmangali, told EFE.

The ruling Nur Otan party’s candidate “has limited to the maximum” his presence in electoral events since the beginning of the campaign in order to give the other six candidates more opportunities, according to the president’s office.

“For the president it is important that other candidates have more possibilities to widely spread their positions, he personally guaranteed that the elections will be clean and free,” presidential adviser Erlan Karin said.

Tokayev, who took over the presidency in March following the surprise resignation of longtime leader Nursultan Nazarbayev, was represented in the debate by Maulen Ashinbayev, Nur Otan’s vice president.

Ashinbayev, who was the first to speak in Wednesday’s debate, said that the Nur Otan administration has a clear economic program geared toward boosting living standards through support to Kazakh firms and to rural areas.

“Seven candidates are participating in the elections. That is a signal that political competition exists in our country. Equal conditions for electioneering have been created for all of the candidates,” he said.

He was reacting to criticism from opposition leaders who say Tokayev is assured of winning the election thanks to the backing of the entire machinery of government and the endorsement of Nazarbayev, founder of the Kazakh Republic.

On May 1, dozens of opponents were arrested in the country’s capital – formerly known as Astana but renamed two months ago as Nur-Sultan in Nazarbayev’s honor – during an unauthorized demonstration that included demands for free and fair elections.

The Nationwide Social Democratic Party of Kazakhstan, the oil-and-gas-rich country’s largest opposition political force, said it would not take part in the elections so as not to confer legitimacy on an electoral process “without alternatives.”

Political analysts say they view most of the six people competing with Tokayev as “technical” candidates whose actual purpose is to create the impression that Kazakh voters have a real choice.