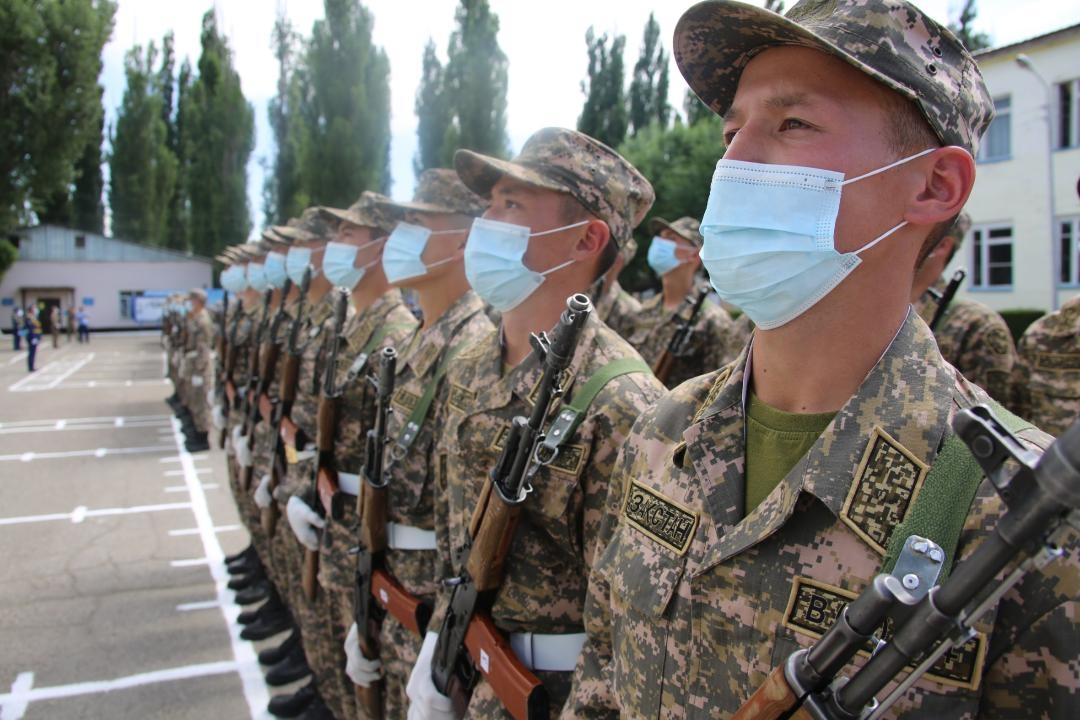 As of this week, Kazakhstan has a new national security strategy, the first adopted under President Kassym-Jomart Tokayev, albeit only after approval from his predecessor.

The document signed by Tokayev on June 21 focuses on an array of highly topical issues, including the threats posed to security by viral pandemics, environmental threats, food shortages and the management of water resources.

For all these priority areas, “defensive mechanisms and concrete measures to prevent threats have been developed,” a press release about the strategy states, without going into details or providing illustration. “Many developed countries are revising their national security policies based on new international and domestic realities.”

What is most troubling for Kazakhstan is that many of these crises are not only topical but have struck around the same period.

Judging by official data, Kazakhstan has had some success in containing its COVID-19 outbreak in recent weeks, although a sharp increase in cases is now being noted in the capital, Nur-Sultan. Lab analyses have shown that the so-called Delta variant, which is believed to have emerged from India, has now landed in Kazakhstan, having already taken a firm foothold in Europe and Russia.

Since the outbreak of the coronavirus, Kazakhstan has, like most countries in the world, lurched from one flat-footed response to another. The dubious quality of its data makes it likely that the real fall-out of the spread of the coronavirus is still not properly understood.

This has also been a summer of drought. In the hottest regions, in the west and south, pastureland rendered dry by lack of rain and lower-than-normal river levels have led to the death of thousands of heads of cattle. One striking image of this crisis was produced by a resident of the western city of Aktau and posted on Facebook – it showed an emaciated horse that had been wandering in the steppes in search of food. The author of the post wrote that multiple animals had died.

The government did seek to take some mitigating measures. At the end of May, Kazakhstan came to an agreement with neighboring Tajikistan for the latter to divert 315 million cubic meters from its Bahri Tojik reservoir, thereby supplying its neighbor to the north with crucial irrigation water in the hot months of summer. The water was to be delivered via Kyrgyzstan to Kazakhstan’s Turkestan and Kyzylorda regions.

Images that appeared on local television on June 8 were reminiscent of Turkmenistan, which has been struggling with food deficits for years now: shoppers lining up outside grocery stores from the early morning hoping to buy potatoes at state-subsidized prices. Cut-price potatoes are being sold at a quota of 3 kilograms per person, but even that ration was not enough to keep everybody happy.

Farmers have complained that the government failed to predict the fallout of a drought last year and the consequent lack of crops. Local officials are scrambling and promising to restore normality.

Part of Tokayev’s design for addressing social discontent generated by such developments has been to enable a purportedly smoother mechanism of feedback through a concept he has dubbed “the listening state.” On June 21, he said that he had taken stock of the problem and instructed the head of the state consumer protection agency, Serik Zhumangarin, to take special measures to tamp down prices for food and items deemed of social importance.

While Tokayev might be able to listen, his scope for action in determining the course of Kazakhstan’s national security agenda is limited. His predecessor, Nursultan Nazarbayev, stepped down as president in 2019, but he continues to play an extensive role away from the public spotlight in his capacity as head of the national security council.

Any notion that Tokayev would be allowed to be his own man was scotched within months of him taking office, when it appears that he was induced to approve a decree that diluted his own powers and effectively granted Nazarbayev a veto over the country’s most powerful decision-making positions.

In the decree, Tokayev ceded his right to unilaterally appoint most cabinet ministers, heads of various security forces and regional governors, granting Nazarbayev a consultative role in the appointments in his capacity as chairman of the Security Council. He is accordingly required to consult Nazarbayev over appointments of the heads of all bodies subordinate to him. That includes anything from the National Security Committee, the domestic intelligence agency that is widely known by its acronym as the KNB, and the foreign intelligence service to the Prosecutor-General’s Office and the central bank.

Almaz Kumenov is an Almaty-based journalist.