WE MUST CRACK DOWN ON 'TIGERS', NOT 'FLIES'" 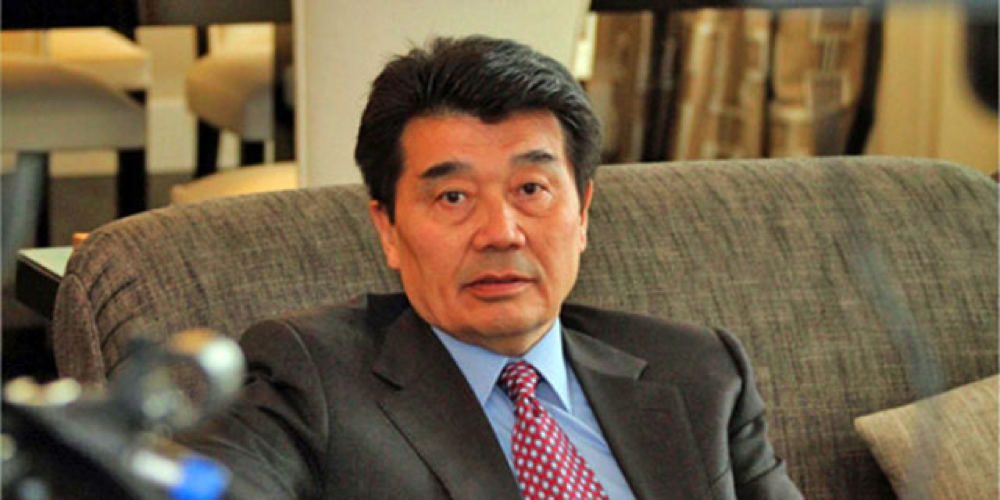 Social networks have made politicians accessible to journalists, who can now ask them directly the questions that Kazakh society and people on social media are talking about. The answers given by the politician Akezhan Kazhegeldin, one of the first wave of émigrés from Kazakhstan, known for his intelligence and analytical mind, will be especially interesting to our readers. Leading Kazakh journalist Rozlana Taukina spoke to the former Prime Minister.

- President Nazarbayev has instructed the Anti-Corruption Agency to step up its fight against corruption. There were few results in previous years. Recently you said that you regularly inform the President where exactly to look for the money taken out of Kazakhstan by corrupt officials. You were the first to draw attention to the approximately half a billion held in foreign accounts by Sauat Mynbayev. How realistic is it to expect enough money to be recovered by Kazakhstan to pull the country out of its current state of economic collapse?

– Let's compare two different approaches to fighting corruption. We will call them the "agency" approach and the "royal" approach. Recently we have seen the two methods in action, with very different results. First, the "agency" approach. Kairat Kozhamzharov has reported to the President that in the first ten months of 2017 exactly one thousand cases of corruption were passed on to the courts. According to him, the state, thanks to the Agency, had recovered 11 billion tenge. Divide 11 billion by a thousand and you get an average economic impact of 11 million tenge per case. That is USD 33,333. And 33 cents. That's nothing, a fiction, a pale imitation of a fight against corruption.

Now let's look at the "royal" approach. In Saudi Arabia, in the course of ten days, 11 princes under threat of criminal prosecution agreed to transfer USD 800 billion to the Saudi treasury. That is all money from oil – there are no other sources of income in the Kingdom.

Now some simple arithmetic. Kazakhstan produces eight times less oil than Saudi Arabia. Even ignoring the other natural resources that are extracted in Kazakhstan and then stolen, the Kazakh treasury should receive a minimum of USD 100 billion from the arrest of 11 Kazakh "princes".

Kairat Kozhamzharov is in no hurry to freeze Mynbayev's accounts. Instead, he is busy catching fire inspectors and deputy district akims... I repeat my suggestion to the Anti-Corruption Agency: get in touch with three well-known banks in Switzerland, Germany and the Isle of Man, freeze the accounts of our capitalist Minister and immediately secure 165 billion tenge for the state's coffers!

People ask me why I am talking to Nursultan Nazarbayev – he won't be able to deal with corrupt officials – there's his age, his family, fatigue, the fear of change... But age in itself is not an obstacle. The Saudi King Salman is six years older than President Nazarbayev. And all the princes there are literally members of his family. But King Salman, who both old and seriously ill, is driven by the idea of turning his kingdom from a mere source of raw materials, an appendage of sorts, into a dynamic power. Wouldn't the first President of Kazakhstan like to go down in history for doing that?

Billions of dollars are being held by corrupt Kazakh officials in foreign banks. The money will soon be seized anyway, either by the new authorities in Kazakhstan or by Western governments. Nazarbayev could bring back billions to Kazakhstan "gently", between family members, as it were.

Dariga Nazarbayeva, Timur Kulibayev and the President's other daughters and sons-in-law would all ultimately be grateful to the head of the family for giving them and their children the certainty of a safe future. Clearly, in such a situation, the Anti-Corruption Agency should not be headed by Kairat Kozhamzharov but by the President himself.

Another example of why Kazakh money urgently needs to be recovered is because it is going to be found and confiscated by the Americans. A scandal is erupting in the United States about the company Uranium One, which bought up Kazakhstan's reserves of this strategic raw material. The deal has meant nothing but trouble for everyone: Mukhtar Ablyazov is on the run, Mukhtar Dzhakishev was in jail, Bill and Hillary Clinton are fighting off charges. On the other hand, Vladimir Shkolnik's family got their billion dollars.

Shkolnik himself spent his entire life in public service, but his son and other relatives suddenly became very rich. With the money from the sale of Kazakh natural resources, they acquired property and other assets in Canada, the US, Europe and Russia, such as the Omsk Refinery.

Rather than waiting for an American court to act, Kazakh investigators should go to Cyprus and Singapore and find out which banks the money from Kazakh uranium is being held in, and how Vladimir Shkolnik's children are managing companies such as Mydinami Finance Ltd., Sermules Enterprises Ltd., Banald Traiding Ltd., Truetech PTE.

I appeal to my colleagues from Zagranburo [the overseas office of the Kazakh opposition – Translator's note] to help the Agency for Civil Service Affairs and Anti-Corruption with information about the enormous fortunes of Kazakh "princes" and "princesses" abroad. That information is out there, circulating among international experts. As Chinese President Xi Jinping has said in a similar context, we must crack down on "tigers", not "flies".