Fiji grants US a warrant to seize Russian billionaire’s megayacht 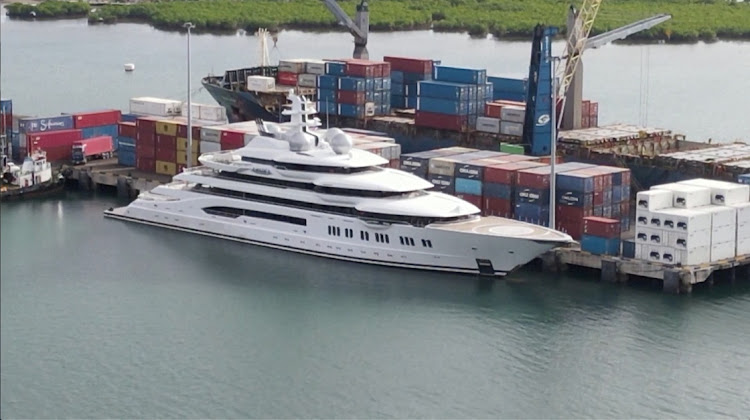 Fiji’s High Court has given the green light for US and local authorities to seize a $325m megayacht whose ownership is in dispute, setting the stage for a legal showdown to determine whether the luxury vessel’s owner is sanctioned Russian gold billionaire Suleiman Kerimov as the US claims.

Counsel representing the registered owner of the megayacht have applied for a temporary stay of the Suva high court’s ruling on Tuesday 3 May that allowed for the seizure of the Amadea superyacht and a registration of the US warrant to seize the vessel, according to Fiji’s Office of the Director of Public Prosecutions (ODPP). A Fijian court had earlier ordered that the megayacht be detained and prevented from leaving the territory while authorities worked with US officials.

The case highlights the legal difficulties the US and other Western governments may face as they attempt to seize and sell megayachts and other luxury assets tied to Russian tycoons they say enabled Putin’s February invasion of Ukraine. The US, UK and EU have levied sanctions on oligarchs and those accused of enabling Moscow’s war in Ukraine, and Western governments are pursuing their yachts, planes and villas.

A lawyer representing the company that the vessel is registered under said the superyacht is owned by another tycoon who is not on sanctions lists. Kerimov was sanctioned by the UK and the EU in March for his close ties to Russian President Vladimir Putin. He was on the US sanctions list in 2018.

The seizure comes as US Senate majority leader Chuck Schumer said he wants legislation to expand forfeiture laws to seize Russian oligarchs’ “ill-gotten gains” and use the proceeds to help Ukraine. A bill on aid for Ukraine could reach the floor as soon as next week.

The Amadea, which features a helipad and mosaic-tiled pool, arrived in the Fijian port of Lautoka on April 12 after an 18-day journey from Mexico, data compiled by Bloomberg show. Fiji detained the 348-foot-long superyacht on April 19 after it received a formal request for mutual legal assistance from the US government, according to the public prosecutions office.

In the proceedings, Fijian lawyer Feizal Haniff says Millemarin Investments is the legal owner of the Cayman Islands-flagged Amadea. The US alleges the beneficial owner of the vessel is Kerimov. The issue of ownership is likely to be decided later in a US court, according to the public prosecutions office. Haniff didn’t immediately respond to requests for comment.

Local media have reported that counsel for the defence has said the superyacht belongs to Eduard Khudainatov, the former chairman and CEO of Rosneft Oil, a Russian state-controlled oil and gas company. Khudainatov does not appear to be on sanctions lists.

We continue to ratchet up the pressure on Putin’s oligarchs and we are working with allies and partners to go after corrupt gains from some of the individuals closest to Putin - US Embassy statement.

If seized, the Amadea will be among more than a dozen multimillion dollar megayachts rounded up by Western governments to punish tycoons with close ties to Putin.

“We have imposed sanctions on Russian oligarchs who are financing Putin’s war and we will continue to act with our allies and partners around the world in imposing costs on the Kremlin if it continues its war of choice,” the US Embassy in Fiji said in a statement. “We continue to ratchet up the pressure on Putin’s oligarchs and we are working with allies and partners to go after corrupt gains from some of the individuals closest to Putin, no matter where they are held around the world.”

Kerimov is worth about $14.4bn, according to the Bloomberg Billionaires Index. His family holds a 46% stake in Polyus, the biggest gold producer in Russia. The US placed Kerimov on its sanctions list in 2018 for being an official of the government of the Russian Federation. Meanwhile, French prosecutors had accused him of laundering money obtained via tax fraud in deals to buy four villas on the Côte d’Azur worth hundreds of millions of euros. He beat money-laundering charges in France in 2018.

Authorities in Fiji were reportedly baffled by the Amadea’s arrival, because it hadn’t sought the necessary permits, local media said at the time. The Fiji Revenue & Customs Service (FRCS) issued two infringement notices to the captain for failure to comply with arrival and disembarkation procedures, according to the Fiji Times.

The actions by the US and its allies have scattered Russian yachts to locales perceived as less likely to seize the pleasure crafts, including parts of the Middle East and the Caribbean, according to space-based analytics and data firm Spire Global. Megayachts owned by Russians account for as much as 10% of the global fleet, according to industry watcher The Super Yacht Group.