The Kazakhstan elections and the transition that wasn’t 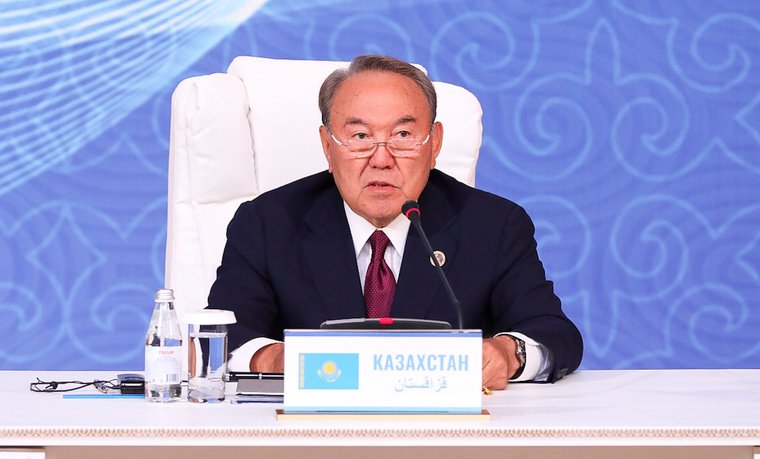 In March, Kazakhstan's long-term leader stepped down, making way for a "transition" of power. But everything about this change has been carefully orchestrated and highly controlled - as this Sunday's elections show.

On 9 June, for the first time since independence in 1991, Kazakhstan will elect a present who is not Nursultan Nazarbayev.

Nazarbayev, who was Kazakhstan’s leader for 30 years, voluntarily stepped down in March, saying it was time for a new generation of leaders. The handover of power has been relatively smooth so far – the senate leader, Qasym-Jomart Tokayev, was appointed interim president in accordance with the constitution. In early April, Tokayev called for early elections, and is running as the ruling party candidate. A long-term moderate opposition figure, Amirzhan Kossanov, has been allowed to enter the race. From the outset, Kazakhstan’s game plan has been to present an exemplary model of transition – peaceful and orderly.

But the prospect of a genuine transition is an illusion. Given the short campaign period, restrictions on opposition activism and independent media, and the resources available to the leading party candidate, this election is unlikely to be different from past elections, which independent observers found to be neither free nor fair.

The government remains as authoritarian as ever. Nazarbayev, who has the title of Elbasy, or leader of the nation, is still at its helm. He is also the lifetime chairman of the Security Council, which wields significant power domestically.

Everything about this so-called transition has been carefully orchestrated and highly controlled – an approach the Kazakh authorities have long employed to regulate and restrict its citizens’ political and civil lives.

Kazakhstan is Central Asia’s most powerful economy, with the ambitious goal of joining the 30 most developed countries in the world by 2050. How the president-elect manages the expectation in parts of society for a genuine transition while continuing Nazarbayev’s legacy will be crucial in shaping the future of a country determined to play a bigger global role.

Cracks of discontent have emerged, but are unlikely to change the outcome. Since Nazarbayev stepped down, Kazakhstan has made international headlines for sending two young activists to prison for 15 days for displaying a completely innocuous banner during the Almaty marathon on 21 April that called for fair presidential elections. And when a young man in western Kazakhstan stood in his town’s central square with a blank poster to demonstrate that no matter what you say -- or don’t, if you try to protest in Kazakhstan, you will get detained, the police obliged by hauling him into the police station, leading to more negative international media attention.

These recent protests suggest that the younger generation will demand greater respect for free speech, but it will be an uphill battle. As inept and oppressive as these recent arrests make the authorities look, they are but the tip of the iceberg when it comes to repression of basic human rights in Kazakhstan. The right to peaceful protest in Kazakhstan has long been over-regulated and restricted so as to “deprive the right of its meaning,” as the former United Nations special rapporteur on the rights to freedom of peaceful assembly and association Maina Kiai put it. Kazakh authorities routinely break up peaceful protests, forcibly round up participants -- sometimes literally binding their hands and feet --and sanction them with warnings, fines, and short-term imprisonment.

In recent years, authorities have used spurious criminal charges and other methods against activists, rights defenders, journalists, lawyers, trade union leaders to silence them. Max Bokayev, a human rights defender, who in 2016 expressed concern about proposed amendments to the land code that would have made it possible to lease land long-term to foreign interests, was sentenced to five years in prison on overly broad and unfounded charges.

When it comes to other freedoms, such as freedom of association, Kazakhstan has adopted laws that authorities have used to restrict, not protect, rights.

Take for example, the 2014 Trade Union Law. Since its adoption, authorities have cracked down on the independent trade union movement, shuttering the Confederation of Independent Trade Unions of Kazakhstan, the country’s largest independent trade union, in 2017. Courts jailed two trade unionists, Amin Eleusinov and Nurbek Kushakbayev, on spurious criminal charges after they protested the closure and convicted the confederation’s president, Larisa Kharkova, for “abuse of office.” As part of their sentences, all three are banned for several years from carrying out trade union activities.

Tokayev, the interim president and favourite to win the election, has pledged he will continue Nazarbayev’s “strategic course.” But Nazarbayev’s legacy – of repression, jailing critics, crackdown on dissent, and intolerance of free expression – should have no place in Kazakhstan’s future.

Come 10 June, Kazakhstan’s president elect should take immediate and meaningful steps to open up the media landscape, allow peaceful protests, release Max Bokayev and others who have been wrongfully imprisoned, and allow genuine political opposition. Such developments would truly herald a transition worthy of the name.