Kazakhstan detains 3 women protesters for extremism ahead of vote 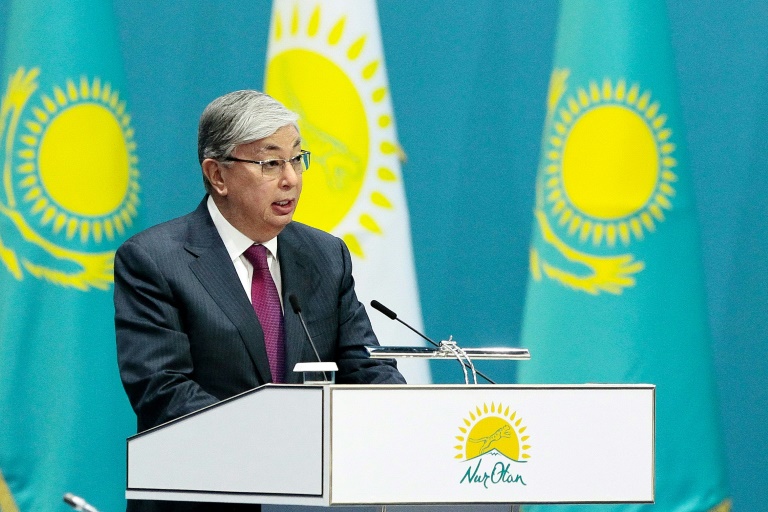 Three women who took part in an anti-government protest are under house arrest on suspicion of belonging to an extremist organisation, police said Sunday, a week ahead of elections in the authoritarian state.

Gulzipa Dzhaukerova, Zhazira Demeuova and Oksana Shevchuk had "continued to systematically encourage and participate in anti-social actions inspired by the prohibited extremist organisation" despite a warning from police, a statement said.

A Kazakh court deemed the group, the Democratic Choice of Kazakhstan, to be extremist last year in a move rights groups say has broadened a crackdown on opponents to the hardline government.

Ablyazov, believed to reside in Paris, called for a protest on May 1 shortly after the long-time president stood down in March and allowed loyalist diplomat Kassym-Jomart Tokayev to succeed him.

Demeuova and Shevchuk heeded the call, leading a protest in central Almaty on May 1, turning up in a crowded park with young children and chanting slogans over loudspeakers before several hundred others joined in.

Police made dozens of arrests.

Kazakhstan appears to be tightening the screws on opponents to the government ahead of a June 9 election that will be the first since independence 29 years ago not to feature Nazarbayev.

Tokayev is expected to cruise to victory with little opposition.

The police statement did not say how long the women would be under house arrest, but a lawyer representing Dzhaukerova and Demeuova said the restrictions would last at least two months.

Public gatherings in the former Soviet state are illegal without permission from local authorities, which is almost never granted for political demonstrations.