A Lavish Life for the Widow of Gangster Rakhat Aliyev 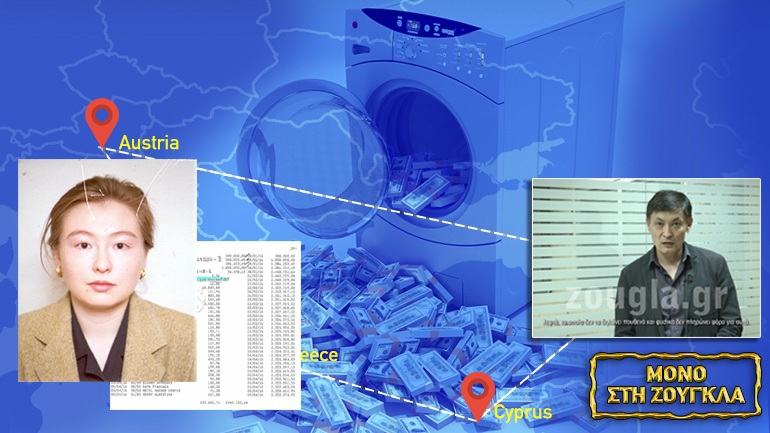 The fortune of the former most wanted citizen of Kazakstan, Rakhat Aliyev, who was found hanged in a prison in Vienna on February 2015, was left in the hands of his widow, Elnara Shoraz. According to reports, Elnara has been illegally managing bank accounts with huge amounts of money, while living and enjoying a luxurious life in Austria!

This occurred in the context of an international reality-thriller that was brought to light by zougla.gr, with dozens of victims of the former officer in his country (who had abused millions of Euros and had taken them in countries abroad, including Greece) trying to find at least the minimum compensation for the damage they suffered.

At the same time, his widow, working under cover of this offshore system and with the help of certain lawyers, is trying to spend as much money as possible before the authorities block her accounts.
Let’s start from the beginning: On March 2nd 2015, zougla.gr was the first Greek electronic site not only to reveal the death of Rakhat Aliyev, former groom of the president of Kazakstan, Nursultan Nazarbayev, which occurred in the prison of Vienna, but also to portray Rakhat’s criminal activity that has extensively affected the Greek authorities.

The conclusion from all the testimonies that were collected by zougla.gr, was that Rakhat Aliyev, through the power he had gathered by politicians, was able to collect millions of Euros and transfer the money through Austria to Cyprus, Greece, and Malta, and was never even charged for his illegal actions.

Read below about the history of the case and the discoveries of zougla.gr: 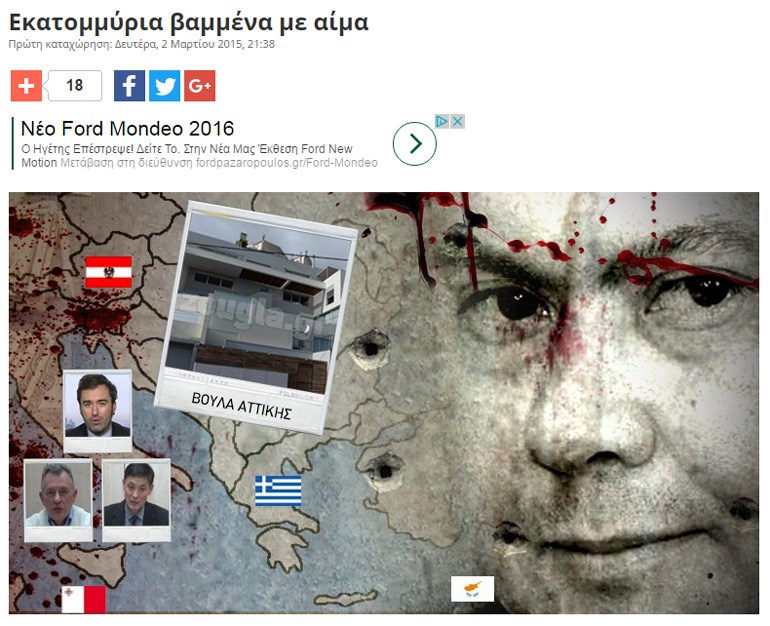 After the mysterious death of Aliyev, and after his illegally acquired fortune was being investigated by law enforcement authorities in many countries, his widow denies in court the right to inherit Aliyev’s fortune. However, in reality, as described by the victims’ point of view in zougla.gr, the widow still manages large amounts of money, primarily through a Cyprus offshore company. Moreover, it seems that she is enjoying a luxurious life in Vienna, where she lives permanently. 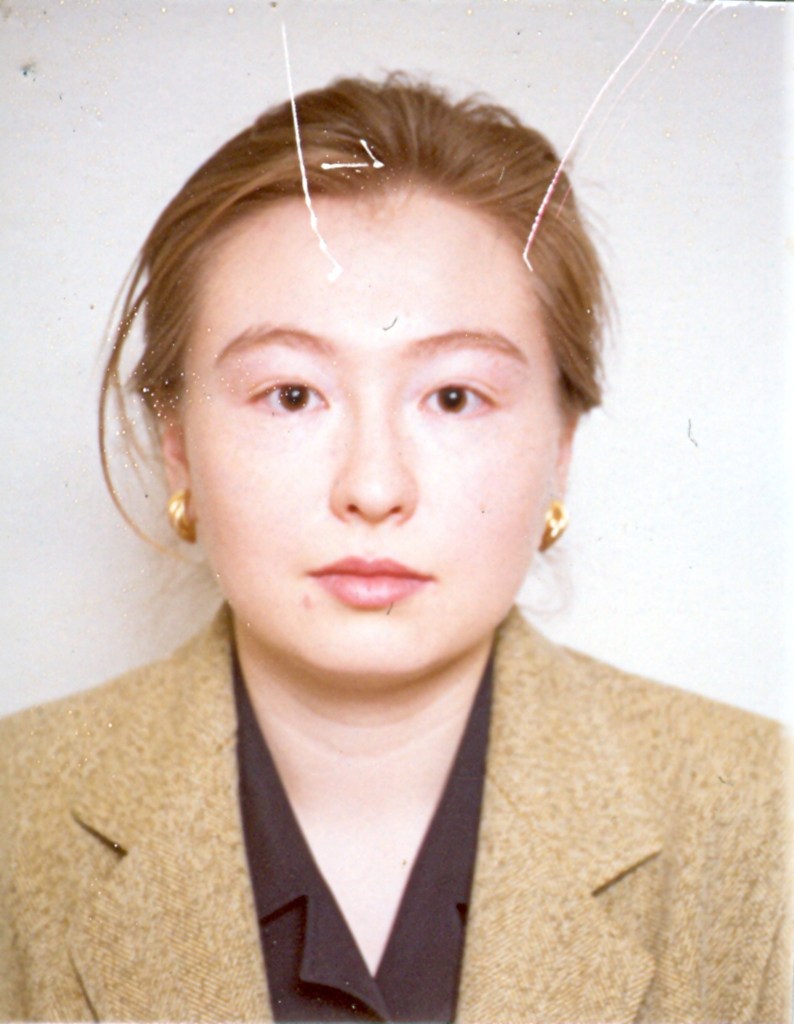 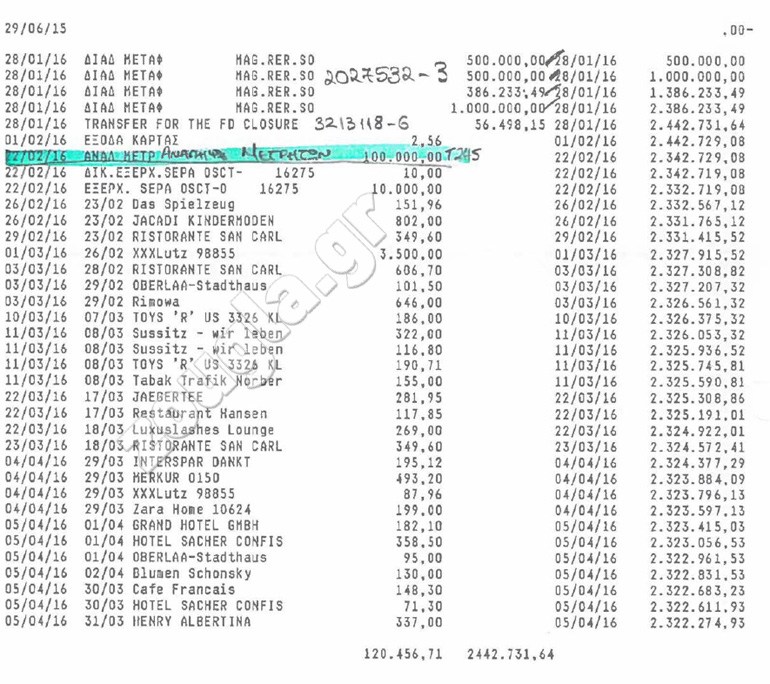 The financial law enforcements in some cases have been able to identify and freeze the suspicious bank accounts – one of those cases being Greece, where with the decision of a district attorney, the money which seems to belong to Kazakos, has been frozen for as long as this international case is in progress. 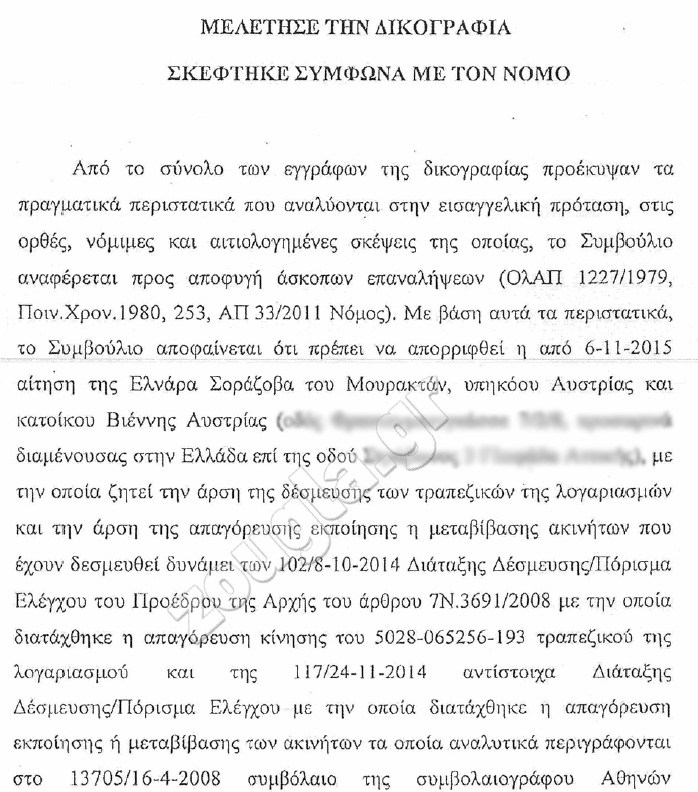 The Greek authorities freeze the accounts

Serik Mederbekov, former owner of a successful business company in Kazakstan, lost everything when the president of the country took over his property, and eventually Serik was forced to become a politician, in reality, a refugee in Germany.

Serik and other victims of the former groom of the president have initiated legal proceedings to freeze all accounts in different parts of the world, and are drawing attention to the authorities in order to depict the widow’s illegal actions, since she is living and enjoying a luxurious life spending, in reality, “their” money through the offshore system. 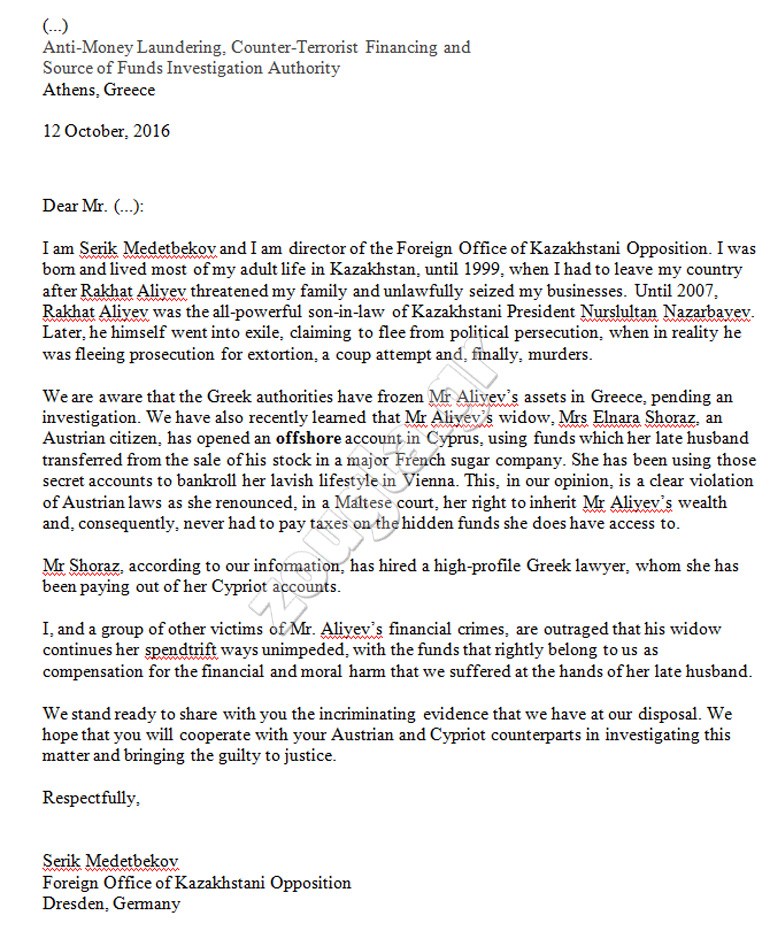 Serik Mederbekov submits a request to the Greek authorities. As mentioned, a Greek lawyer who holds a “high profile” represents Aliyev’s widow in our country.

According to zougla.gr, “After the death of her husband, Elnara Shoraz took his money from different accounts, closed the accounts, and opened a new company which was registered in the British Virgin Islands but based in Cyprus, and is now using this money to live a luxurious life. She lives in Vienna and spends all this money, money that neither does she indicate anywhere nor does she pay taxes for”.

“While the Greek authorities blocked her accounts and acted fast and efficiently, the authorities of Cyprus have not done anything yet. We hope that they will follow the actions of the Greeks, and that this will happen very soon. This money is not beneficial for our economy. It is money that does not move and it is only beneficial for thieves like Aliyev and his widow. These bank accounts should be identified, frozen, and returned back to their legal owners”.

According to Serik Mederbekov, there have been identified approximately 400 million Euros, which are considered to be the ... orphan fortune of Aliyev. This does not exclude the possibility that the amount might also be close to 1 billion Euros!

According to other reports, Elnara Shoraz will soon try to transfer the money from the Cyprus offshore company to a different European country, buying in this way a huge property. In order to avoid something like that from happening, Serik Mederbekov urges the authorities to act immediately.
“The case of Rakhat Aliyev is very important and symbolic, because it describes an international phenomenon and its effects on different parts of the world. There are many other similar cases like this one out there, with manipulative people like Aliyev, former oligarchs, former politicians from former Soviet countries, who stole money and tried to hide the money in Europe. If the progress of this case continues pleasantly, it will send a powerful message to the whole world that one cannot steal money and secure it in Europe, but instead, one should pay”.

Watch the interview below: https://t.reembed.com/2_Skc43c_sZw042sPm3mOboJ