Long-Closed Uzbekistan Opens Up to the World 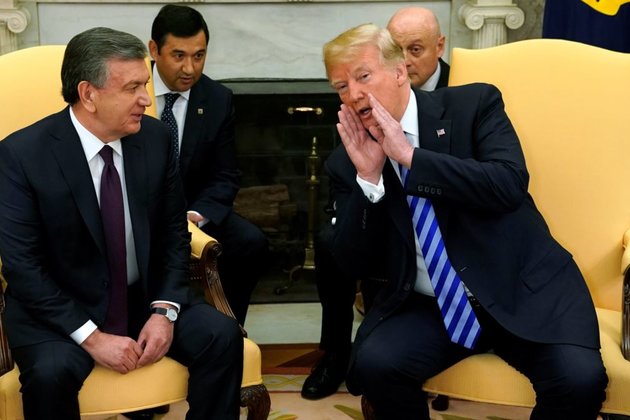 Tashkent, Uzbekistan - For the first time in a generation, Tashkent has an outward-looking foreign policy.

During its first 25 years of independence, Uzbekistan was a prickly neighbor, mired in disputes with its Central Asian neighbors and swinging from support to opposition and back again in its relations with the major powers. But the launch of economic reforms by a new leadership in 2017 shuffled the deck.

Because Tashkent now needs stable external relations to implement its development strategy, it has opened up for business and begun seeking cooperation. But it has been made clear to companies, NGOs and others interested in working with Uzbekistan that their activities must advance the country's reform agenda.

In the last of a three-part series, VOA's Navbahor Imamova examines what Uzbekistan under President Shavkat Mirziyoyev wants from the world and how the international community has responded.

When he became president in 2016 after the death of Islam Karimov, an autocrat who had ruled for 27 years, Mirziyoyev declared that Uzbekistan sought a place in the international community linked to universal principles, norms and laws. Tashkent, he said, would be a reliable partner and good neighbor.

The new president pledged to improve the country's brutal, corrupt and closed image. He declared that a new Uzbekistan was stepping out: 'We are committed to forming a new image of the country ... to build a democratic state and a just society. ... We have looked at ourselves from the outside, not only to objectively assess our potential and opportunities but to pay close attention to our failures and mistakes.'

With this new candor, Uzbekistan's second leader quickly won respect, including from the long-skeptical United States. America's top diplomat for South and Central Asia, Alice Wells, told VOA the U.S. observed 'with great excitement and approval this ambitious reform program. And we want to be of assistance.'

Recently departed U.S. Ambassador Pamela Spratlen similarly argued that Mirziyoyev should be seen as a dynamic reformer. These positive assessments earned Mirziyoyev an Oval Office visit in May 2018.

'I think the two [presidents] connected,' says Lisa Curtis, the regional adviser on Trump's National Security Council. She noted improvement on several issues that had been problematic in U.S.-Uzbek relations, including a lack of religious freedom and transparency.

'We have to see a level playing field created for U.S. businesses,' she adds, and says Washington will closely watch Uzbekistan's progress on human rights and the rule of law in the hope that positive steps open new opportunities for military-to-military cooperation.

But even as Tashkent has acted on its yearning for investment from American companies, Mirziyoyev has hedged his bets by pursuing agreements seemingly everywhere. He has visited and hosted other major powers and regional players, signing billions in deals with China, Russia, France, India, Egypt and most important, as he puts it, with Uzbekistan's neighbors, who had unusually turbulent relations with Tashkent in Karimov's time.

Washington, the U.N., and others seem pleased with the trajectory, if not every aspect of the results thus far.

Brownback's advice to Uzbek leaders: 'If you want more security and economic growth, then religious freedom is a piece of it.'

Uzbekistan's Foreign Minister Abdulaziz Komilov is open to the admonition, arguing that Tashkent's strategy for balanced relations with foreign partners means pursuing multidimensional ties in security, business, investment and trade. But, he says, a reforming Uzbekistan 'is comfortable discussing any issue with the international community.'

'Many of the openings we're seizing build on support, advice and input from the U.N. over decades,' she says. And Fraser sees and feels new pressure for change in Tashkent.

'The balance between long-term strategic objectives and quick wins is always challenging, particularly in Uzbekistan, which is really trying to transform on all fronts at once,' she said.

Those efforts are welcomed by the U.N.'s International Labor Organization, which forged a partnership with the government in Uzbekistan's cotton fields, where forced labor has long been the norm.

'The government has been open, willing to work with everybody because at the end of the day we share the same goal: to eradicate forced and child labor,' says Jonas Astrup, the ILO's leading expert in Tashkent.

Eduards Stiprais, the European Union ambassador to Uzbekistan, says these partnerships are working, in part because outsiders are letting Uzbekistan lead, rather than trying to impose change from outside. He says Uzbekistan has a long way to go, but this is possible because there is a demand-side pull for advice and expertise that didn't exist even two years ago.

'We don't expect anything more than Uzbekistan itself has subscribed to,' Stiprais says. 'We're not going to come and do something instead of the Uzbek people [doing so]. But we can assist.'

Partners see Uzbekistan as a vital link between Europe and Asia, and this has given Tashkent newfound confidence to market itself to outside powers as a pivot for their infrastructure and trade-related ambitions and initiatives.

'No one said better relations would come easily,' he said. 'But we've chosen this path, which we know is right, so we work for progress. We've learned lessons from the past and are getting better by trying.'

Uzbekistan is also looking for help from another external source, its expatriate 'sons and daughters' living around the world from Brooklyn to Beijing. They increasingly connect the country, strategically and practically, with the outside.

Farhod Inogambaev, an executive at New York's Oppenheimer investment bank, recently visited his native Uzbekistan after 15 years abroad. He sees new opportunities 'to unlock hidden potential.' But to succeed, he says, 'Uzbekistan should stay on its current track of deepening change and opening.'