As the Eurasian Union looks east, its deals do not benefit all members equally The EAEU is shopping for partners in Asia. Middle finger to the West or sound trade policy? 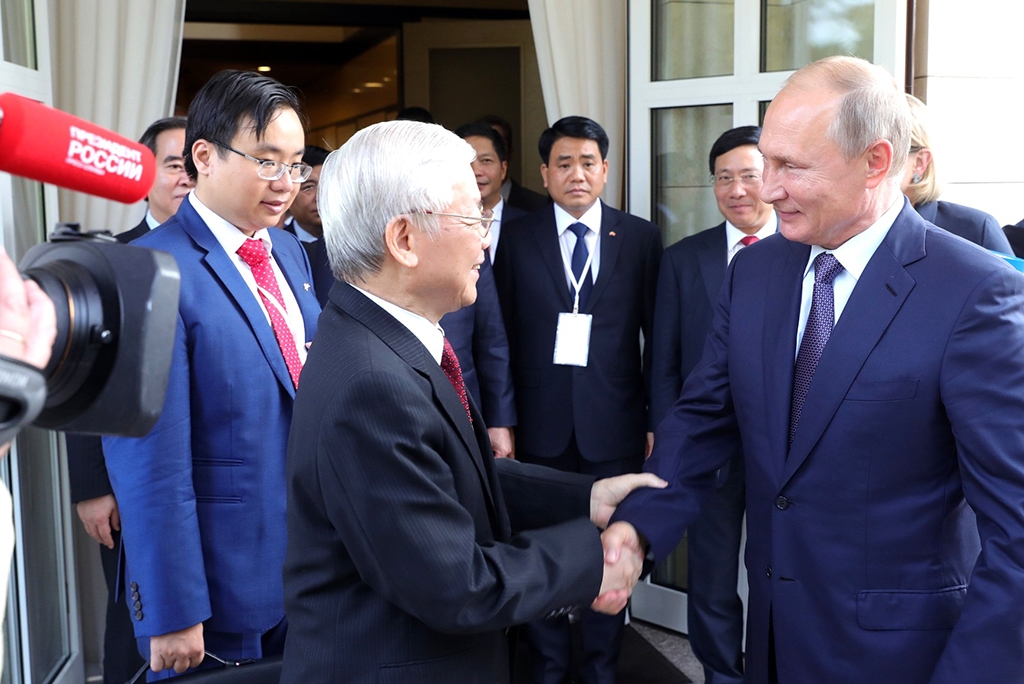 The EAEU is shopping for partners in Asia. Middle finger to the West or sound trade policy?

The Russia-led Eurasian Economic Union has been on an expansion spree this year, signing a free trade agreement with Serbia, negotiating another with Singapore, and discussing one with India. Late last month an interim trade agreement with Iran came into effect. Talks with China are underway. News reports suggest the EAEU is also exploring FTAs with Egypt and Turkey.

How will the gains from trade with these countries be distributed among the five EAEU members – Armenia, Belarus, Kazakhstan, Kyrgyzstan and Russia?

We can assemble some clues from an earlier FTA, with Vietnam, which came into force in 2016, the year after the EAEU was born. It has boosted trade, though the gains are uneven and mostly favor Vietnam.

Up until 2011, the countries that would form the EAEU mostly had a net trade surplus with Vietnam – meaning that they exported more to Vietnam than they imported from the country. The trend flipped that year, with the trade deficit reaching $1.3 billion in 2018, according to data from the World Bank.

A trade deficit is not necessarily a bad thing. It could be that EAEU countries are importing more from Vietnam because the FTA makes importing from that country cheaper than alternatives. And Vietnam in recent decades has become a manufacturing powerhouse.

For starters, Kazakhstan has categorically gained from the FTA. Kazakh exports to Vietnam shot up from around $10 million in 2015 to average around $226 million in 2017-18, mostly of minerals like lead and zinc. While Russia’s exports to Vietnam have risen since the FTA was concluded – export earnings from goods grew from $1.4 billion in 2014 to around $2.4 billion in 2018 – Vietnam’s exports to Russia jumped by an even larger margin: from $2.3 billion to $3.6 billion in the same period. The EAEU’s reduction of import tariffs on Vietnamese tech items, such as broadcasting equipment and computer chips, appears to have helped Vietnam boost exports to Russia.

But smaller (and resource-poor) countries such as Kyrgyzstan did not gain substantively from the agreement. In the case of Armenia, while the agreement did not boost exports to Vietnam, the country’s imports from Vietnam more than doubled to just under $50 million in 2018, mostly comprising tech components.

Russia’s dominance of the EAEU means that Moscow has a bigger say in tariff negotiations with potential partners.

For example, alcohol and spirits comprise a significant share of Armenia’s exports, but these were excluded from the FTA with Vietnam; tobacco, another important Armenian export, is still subject to high tariffs in Vietnam. Yet under the FTA, Vietnam will reduce its tariffs on liquefied natural gas (a resource with which Russia is amply blessed) to 0 percent by 2020. It will not drop its tariffs on alcohol.

When it comes to Singapore, it’s even harder to say what EAEU countries stand to gain with an FTA. Singapore is one of the most open economies in the world, with an average tariff on imports of just 0.19 percent (compared to 5 percent for Russia in 2017). If the main goal of signing FTAs is to boost trade with other countries (especially exports to those countries), this FTA looks more likely to benefit Singapore by giving it preferential access to EAEU markets – for little in return. (In other words, even without an FTA, Singapore does little to stop a country like Armenia from selling it goods).

There are, of course, other benefits. An FTA can lower non-tariff barriers and promote capital flows between trade zones; investment treaties could expand bilateral investment ties. But solely from the perspective of trade, an FTA with Singapore is more likely to boost Singaporean exports to EAEU countries – and the benefits are even more one-sided than the EAEU-Vietnam agreement.

The bottom line is that the EAEU’s trade agreements favor the union’s larger economies, Russia and Kazakhstan. Plus, they allow Moscow to claim some success in its promise to turn its back on the West and look East.

Sam Bhutia is an economist specializing in the former Soviet Union.