Is the U.K. Finally Getting Serious About Cracking Down on Dirty Money? 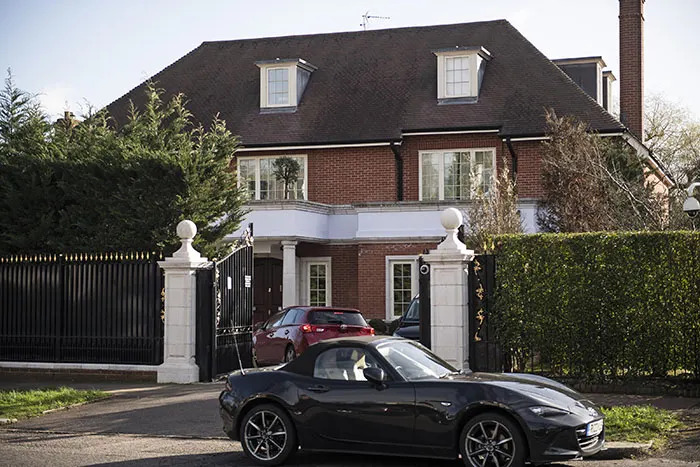 The United Kingdom has long been infamous as a money-laundering haven, with hundreds of billions of dollars in dirty money passing through its financial system just in recent years.

In 2017, the British government decided to deal with all this dirty money by enacting the Unexplained Wealth Orders, a series of regulations allowing authorities to identify and seize assets related to potential corruption and money-laundering cases. But in their three years of existence, the government has pursued a grand total of just one case under the orders, against the wife of a prominent former banker from Azerbaijan, who had fallen afoul of the regime in Baku. It identified less than $50 million in suspect payments—a small fraction of the total suspicious transactions processed by British financial institutions.

Yet the promise of the Unexplained Wealth Orders may now be coming to fruition. Last month, British investigators from the National Crime Agency began legal proceedings to seize assets belonging to two relatives of Kazakhstan’s former dictator, Nursultan Nazarbayev: His daughter, Dariga Nazarbayeva, and his grandson, Nurali Aliyev. According to British authorities, the two own some of London’s toniest properties—a huge Chelsea apartment, a mansion in Highgate overlooking one of the most exclusive golf clubs in all of Europe, and another mansion nearby along one of the most expensive stretches of real estate in Britain, on what is known as the city’s “Billionaires’ Row”—all acquired with questionable financing. British investigators claim that the houses were financed with proceeds from crimes committed by Aliyev’s father, Rakhat Aliyev, a former deputy head of Kazakhstan’s state security services.

There is any number of similar properties scattered across London. Corrupt figures from around the world—including post-Soviet states, the Persian Gulf and sub-Saharan Africa—use high-end real estate as a way to give their ill-gotten gains a veneer of legitimacy, and to keep their pilfered loot safe from the populations they’re pillaging. Tens of thousands of properties in London alone are controlled by offshore companies. For years, the oligarchs and kleptocrats behind those extravagant property purchases faced no consequences for hiding their dirty money. But the proceedings against Aliyev and Nazarbayeva are now a major step forward for Britain’s anti-corruption efforts.

They are also significant because of Aliyev and Nazarbayeva’s profile. While Nazarbayev formally resigned as president of Kazakhstan last year, he has continued to steer policy from behind the scenes. Nazarbayeva, Aliyev’s mother, is the current chairwoman of Kazakhstan’s Senate, and has long been seen as a potential future leader of the country.

The British government’s willingness to target Kazakhstan’s first family, especially after years of effectively turning a blind eye to its own role in facilitating corrupt transactions, sends a powerful signal that no corrupt figure is untouchable. One British investigator even outright accused Aliyev, who is estimated to be worth hundreds of millions of dollars, of having “been involved in money laundering.”

The move is especially remarkable considering that Nazarbayev and his regime have for years relied on white-shoe PR firms in both London and Washington to promote Nazarbayev’s image as a benevolent leader who is steering his country toward some kind of a liberal democracy. In reality, Nazarbayev presided over a repressive police state that locks up journalists and dissidents. Former Prime Minister Tony Blair became the poster-child for Nazarbayev’s efforts at laundering his reputation, with Blair pocketing millions of dollars as a consultant to help whitewash Nazarbayev’s brutality. Blair even served as Nazarbayev’s speechwriter after Kazakh security forces gunned down at least 14 unarmed protesters in the city of Zhanaozen, in western Kazakhstan, in 2011.

There seems to be a shifting understanding in London about its damaging role in global money-laundering webs, which has allowed kleptocratic networks to flourish.
As it is, Aliyev’s alleged offshoring of his money first surfaced in 2016 when the so-called Panama Papers leaked. Among the assets linked to Aliyev in those millions of documents from the Panamanian law firm Mossack Fonseca was a 23-meter-long yacht called “Nomad.”

Unsurprisingly, Aliyev used a number of Caribbean-based shell companies to purchase the ostentatious London properties, one of which includes an in-house cinema and an underground pool. According to documents obtained by money-laundering investigators, British lender Barclays approved a mortgage for these shell companies in 2014, with Aliyev and his wife named as the occupants of one of the London mansions. “The complexity and deliberate obscurity of the way in which the Aliyev assets were handled… indicates they had a criminal origin,” one British investigator claimed in written testimony.

Lawyers for Aliyev and Nazarbayeva have denied the charges thus far, claiming, somewhat ludicrously, that Nazarbayeva had earned her wealth through legitimate means. Last week, the U.K. High Court denied the government’s request to seize the properties, finding that there was insufficient evidence to support the claim that the houses had been bought with Rakhat Aliyev’s money. The National Crime Agency plans to appeal the case.

But even if Nazarbayeva and Aliyev manage to escape with their properties intact, the reputational damage has been swift, both at home and abroad. Not only has Kazakhstan’s leading family now been accused of outright money laundering by British investigators, but Kazakhs themselves—who face jail time, or worse, for trying to investigate Nazarbayev’s family’s assets—now have brand new clues about how the first family has moved their money. Nazarbayeva has reportedly enlisted multiple crisis communications firms to handle the fallout. The case also shows that British authorities are now willing to use the Unexplained Wealth Orders to target politically connected figures. There are reportedly multiple other anti-corruption cases in the pipeline, whose targets include former officials from Russia and corrupt governments in Africa.

The Unexplained Wealth Orders are one of the most promising tools in Britain’s efforts to crack down on flows of dirty money through its financial system, and they should be replicated elsewhere. A similar policy in the U.S., for example, would be an effective complement to the Treasury Department’s Geographic Targeting Orders, which force property purchasers to reveal their identity in several jurisdictions across the country.

Regardless of what comes next in the case against Aliyev and Nazarbayeva, there seems to be a shifting understanding in London about its damaging role in global money-laundering webs, which has allowed kleptocratic networks to flourish and propped up regimes in places like Kazakhstan and Azerbaijan. If the case against Aliyev and Nazarbayeva is the first of many to come, other politically powerful, corrupt figures will begin to feel the heat.

Casey Michel is a writer, analyst and former investigative reporter at ThinkProgress. His writing has also appeared in The New Republic, Foreign Policy and The Atlantic, among other publications. Follow him on Twitter at @cjcmichel.